Incredible setting for one of the great Buddhist monuments 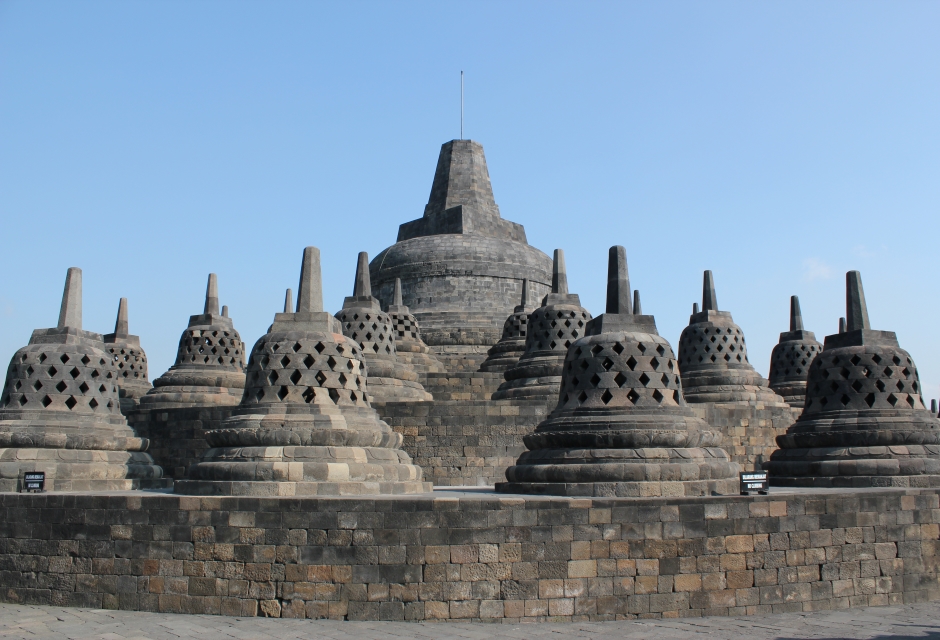 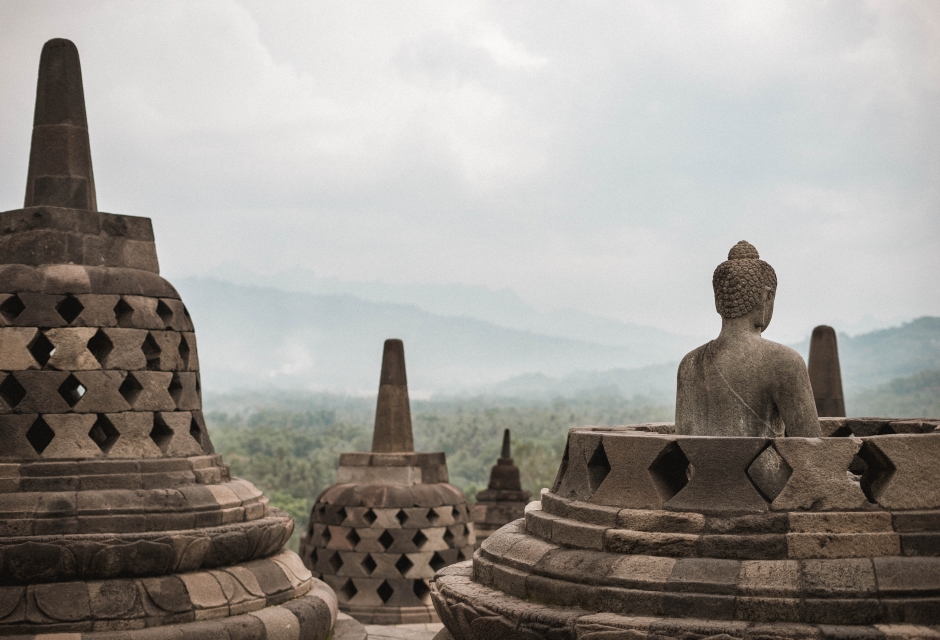 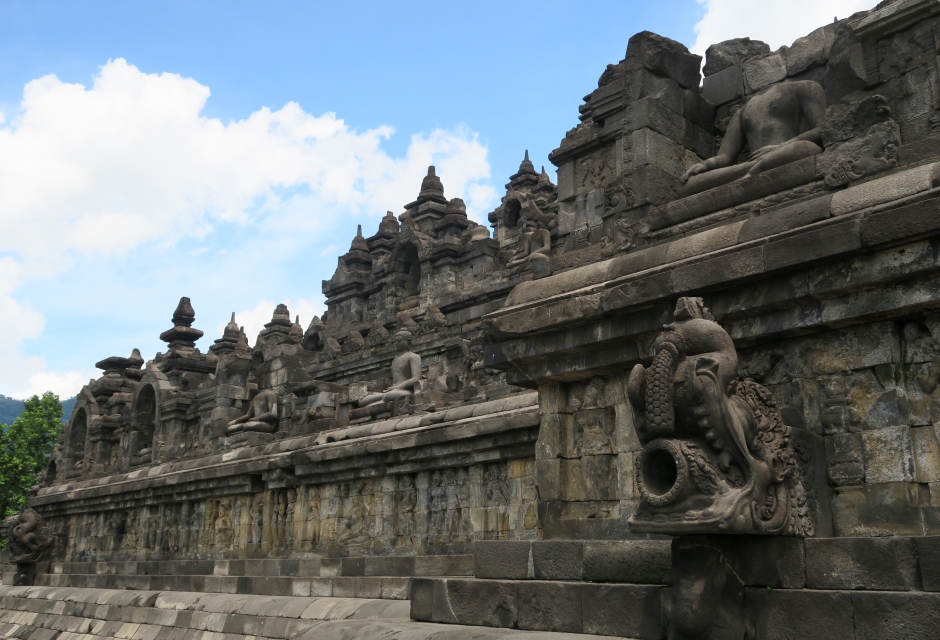 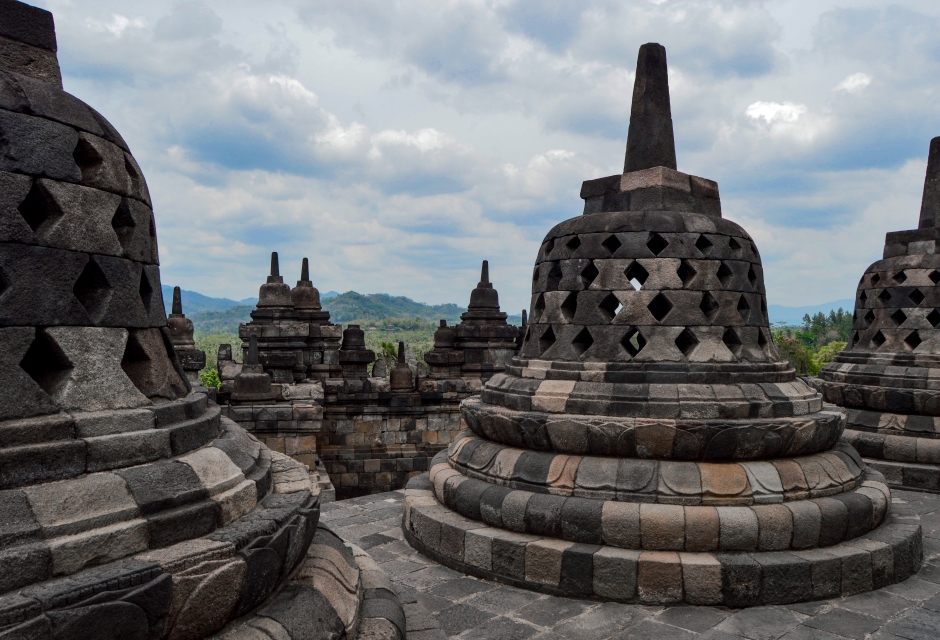 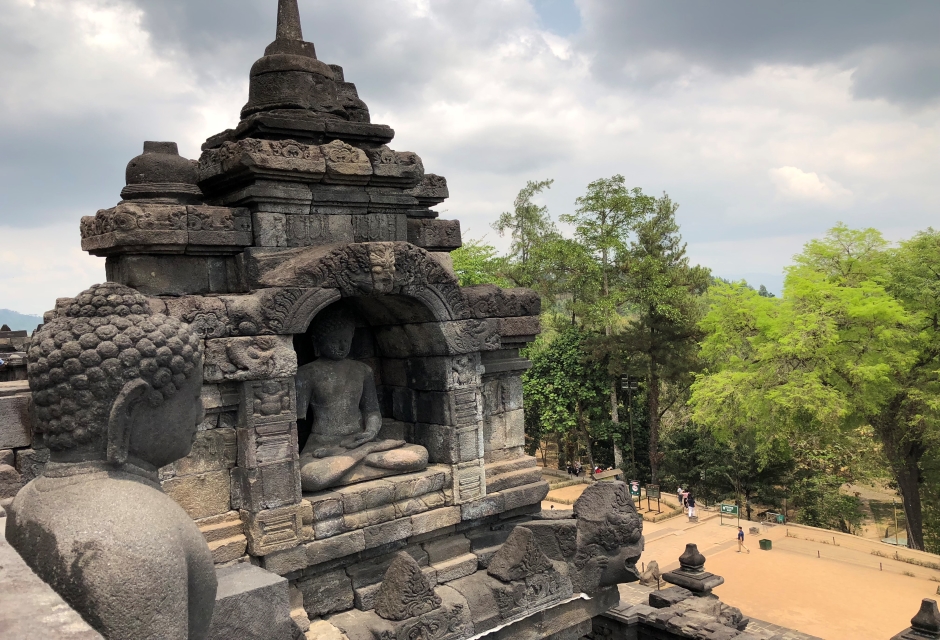 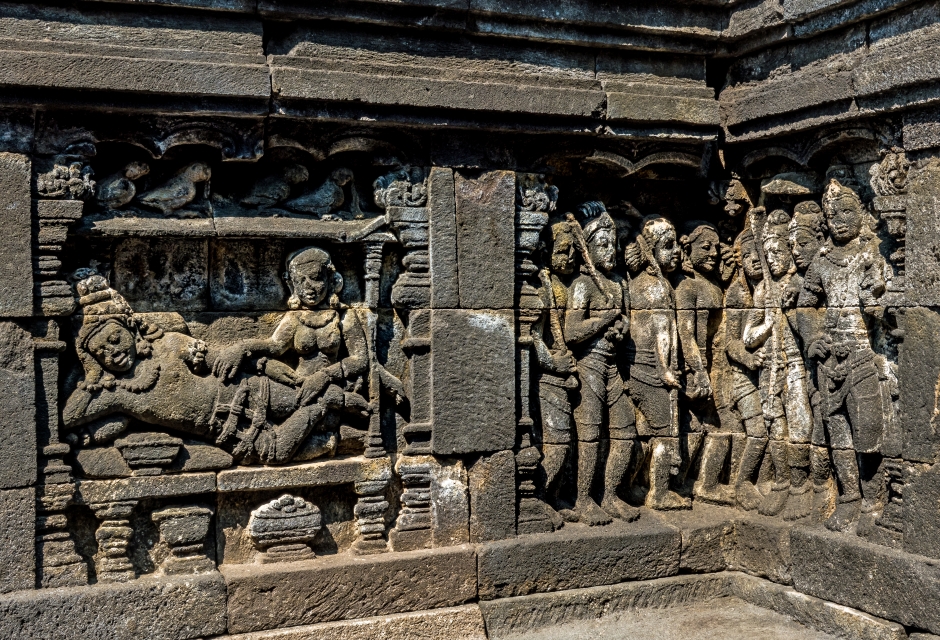 The Borobudur Temple Compounds are a collection of three Buddhist Temples located in Central Java, Indonesia. They are located about 40km north of Jogjakarta in an elevated area between the two volcanoes, the Sundoro-Sumbing and the Merbabu-Merapi and between the Progo and the Elo Rivers. . The spectacular temples comprise of the Borobudur Temple, the Pawon Temple and the Mendut Temple and although they are 3km apart, they lie on an exact straight line. A native folk tale recounts that there was a brick-paved road from Borobudur to Mendut with walls on both sides. The three temples have similar architecture and decoration and suggest that there may have been an as yet undiscovered ritual relationship between the three temples which built in the 9th century. Borobudur is now Indonesia’s most visited tourist attraction.

The main temple of the three is the Borobudur Buddhist monument. It comprises a massive monument with a base of 123 metres by 123 metres and is set on a low hill. It has no central worship space but instead is a series of passageways that pilgrims navigate in a clockwise direction. The open air corridors cover nearly 5km and ascend through six square terraces and three round ones. The terraces are richly decorated with ornamental carved reliefs including Buddhist doctrines. On the upper decks are 72 stupas each containing a Buddha statue, although now all are headless. A large central stupa crowns the top of the temple which is accessed through stairways guarded by 32 lion statues. The building is from local stone cut from the nearby river and the monument was built without any mortar. Decorative reliefs were added after the building was completed. There is a hidden structure beneath the base which contains beautiful reliefs, 160 of which are narrative, depicting the law of karma, and others illustrate to sculptures the scene to be carved. The narrative bas reliefs cover the façade and balustrades and tell the story of Sudhana, an Indian youth who seeks enlightenment, and Manohara.