Home to two of the most active volcanoes in the world 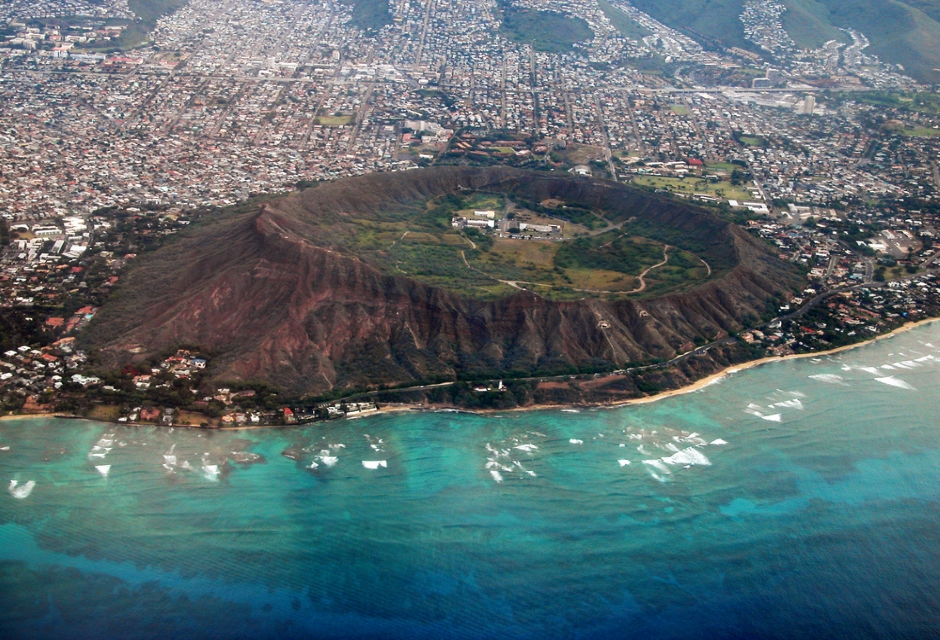 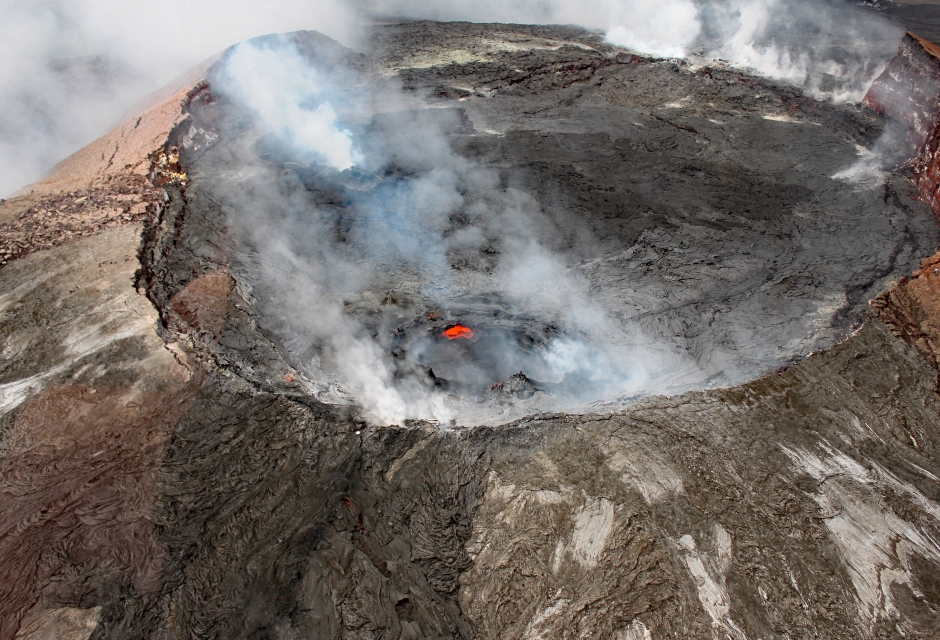 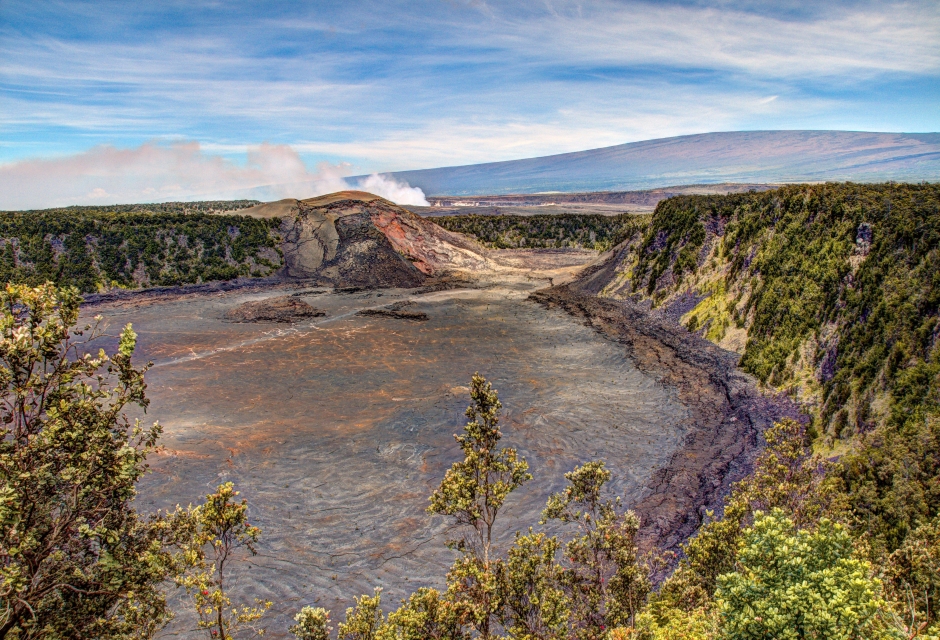 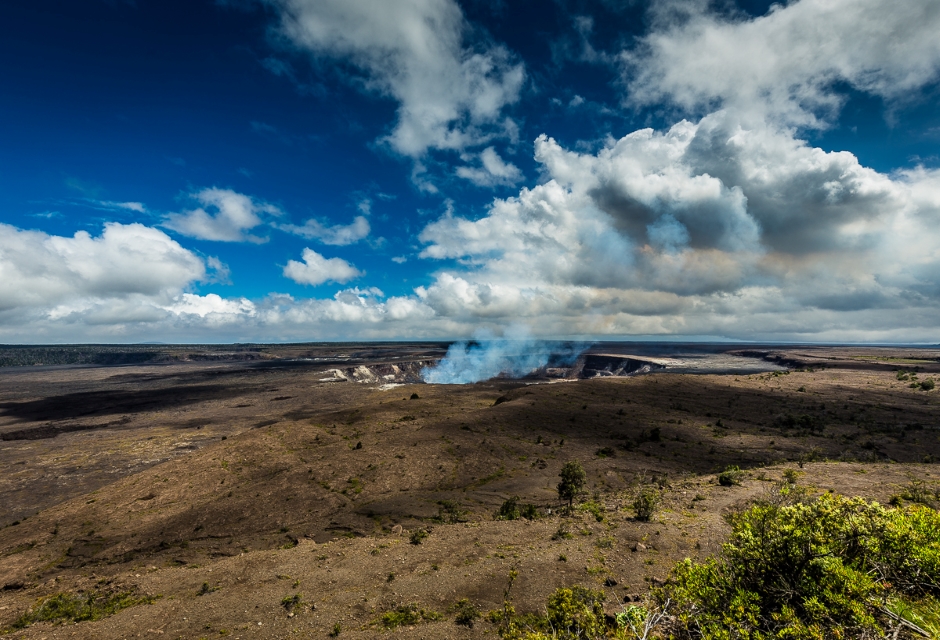 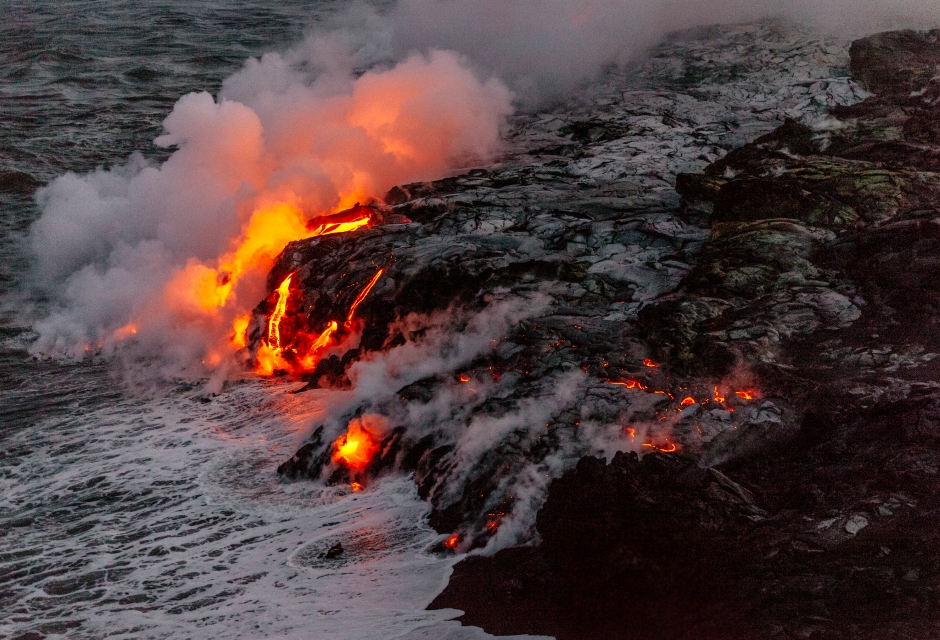 Hawaii Volcanoes National Park is home to two of the most active volcanoes in the world: Mauna Loa and Kilauea. Mauna Loa is the largest volcano on earth, while Kilauea is the most active. The landscape here is dynamic, constantly changing because of volcanic eruptions. The park offers unique insight into the development of the Hawaiian Islands and the process of island-building through volcanic eruption. It is thus the most studied volcanic area in the world.

This is an area of unique ecosystems, including rare birds and many endemic species. The area covers five different ecosystems and is home to 41 types of native flora and an addition 40 species are designated as rare. Over the years, however, man has altered the native animal and plant life by introducing new species such as pig and goat. Control programs have been implemented to remove non-native animals from the island, and restore the ecosystems to their natural balance.

In addition, the Hawaii Volcanoes National Park also encompasses a rich archaeological history. Villages, temples, graves, petroglyphs and agricultural areas can be found in the park. Some ruins of stone structures date back to as early as 1275.

Hawaii Volcanoes National Park, due to its nature, can be a hazardous area.  Due to cracks, cliffs and steam vents, visitors are advised to stay only on marked trails.  In addition, visitors should be advised that volcanic fumes can pose health risks, especially to children, pregnant women, or anyone with heart or lung problems.  Typically, trade winds blow gasses away from visitor sites, but fumes can still linger in the park.  There are also may be times when the park is closed because of high levels of volcanic gas.

Camping within the park is a popular activity.  There are two campgrounds and no reservations or check-in are required.  Hiking and biking are also possibilities.  There are over 150 miles of trails throughout the park.  Trails range from easy walks to trails that are suitable only for those visitors in top physical shape.

Exploring the park by car is also possible.  There are two main roads that visitors can use: Crater Rim Drive and Chain of Craters Road.  If visitors have three or four hours to dedicate to exploring the park, they may wish to visit the East Rift via Chain of Craters Road.  The road descends approximately 3,700 feet over the course of 20 miles and, depending on volcanic activity, may offer opportunities for viewing lava flows.

The rangers of Hawaii Volcanoes National Park also offer many walks throughout the area.  These include some short walks that end with a grand view of Kilauea, while others offer longer hikes to see petroglyphs or lava trees.  History hikes are also available in which park rangers offer information about the Kahuku lands and people.  Once a month, hikes through Kipuka’akihi are, allowing visitors to view rare plants and wildlife.

Over, 1,600 years ago Polynesians from the Marquesas Islands migrated to Hawaii.  It is a remarkable journey, considering they sailed across 2,400 miles of ocean.  They brought with them such items as pigs, dogs, chickens, banana and coconut saplings, as well as sweet potatoes.  About 800 years ago, Polynesians from the Society Islands arrived in Hawaii and, claiming direct descent from the gods, they began ruling the island.  Eventually, the people no longer sailed back to their homeland.  In the following 400 years of isolation, a unique culture developed.

The Hawaiian people had a society based upon a caste system.  The chiefs were at the top of the social pyramid and were rulers over the land.  The Kahuna, or professionals, were religious experts or specialists and commanded a good deal of respect.  Then, there were the maka’ainana, the commoners, who farmed and fished for a living.  They were required to pay taxes to the chief.  At the lowest rung of this social hierarchy were the kauwa, the slaves.

A system of laws called kanawai was used to enforce social order.  Some people, places or things were designed as sacred.  Some of these rules insisted that women eat apart from men and not be allowed to eat certain foods.  Other rules regulated planting and fishing.  The breaking of these rules could incur punishment or, in many cases, death.

Over several hundred years, the Hawaiian people cultivated a rich tradition.  But in 1778 Captain James Cook arrived on the islands, ending the isolation that these people had experience up until this point.

By air and by car:

If you are coming from another of the Hawaiian Islands to the main Island, Hilo Airport offers inter-island flights.  To reach the park from Hilo, take Highway 11 southwest for 30 miles.

Like to visit? Fill this form and reliable local hospitality companies will contact you to discuss your ideas.