Historic Cities of the Straits of Malacca 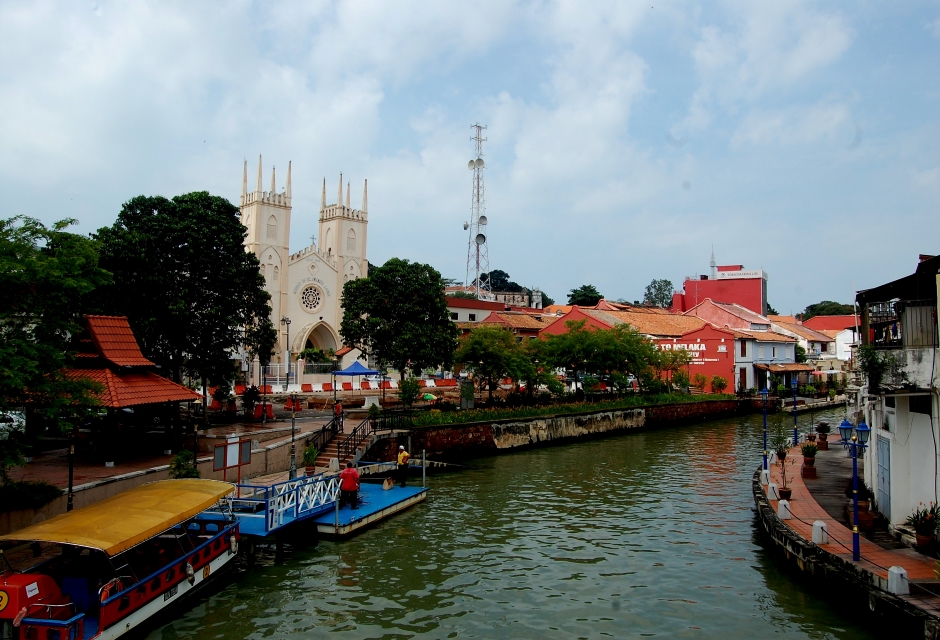 Introduction to Melaka and George Town, Historic Cities of the Straits of Malacca

The historic cities of Melaka and George Town both developed on different areas of the Straits of Malacca. They both experienced over 500 years of trading between East and West. The Straits of Malacca are the longest straits in the world and are still well-used by international shipping. The location is what made these cities develop into major trading ports in the early days. Inevitably the Asian and European influences can still be seen along with the multicultural heritage of these cities. Melaka demonstrates its early history beginning with the 15th century Malay Sultanate and later Portuguese and Dutch periods which are reflected in the government buildings, churches, squares and fortifications of that period. George Town is on the northeast corner of the island of Penang. It represents the British era from the end of the 18th century. Both towns show unique architectural heritage and a cultural influence which are unmatched anywhere else in Asia.

Visiting the historic cities of the Straits of Malacca is an unforgettable experience. The cities of Melaka and George Town offer a glimpse into the region’s rich history and culture, and are known for their well-preserved colonial architecture and diverse cultures.

Both cities tend to get quite crowded during the peak tourist seasons, so it’s best to visit during the shoulder season for a more relaxed experience. (Peak season lies from December to February and June to August.)

Guided tours are perhaps the best way to learn about the history and culture of the cities. Many tour operators offer walking tours that take visitors to the most popular landmarks and historical sites.

Both Melaka and George Town have several museums and historical sites that offer a glimpse into the region’s history. Some must-see landmarks include the A Famosa fortress in Melaka and the Cheong Fatt Tze Mansion in George Town.

The cities are known for their colorful streets and bustling markets. Take a stroll through the streets and take in the sights and sounds of the local culture.

Both Melaka and George Town are steeped in rich cultural heritage, so it’s important to be respectful of the local customs and traditions while visiting.

The city of Melaka, located in Malaysia, has a rich history dating back to the 14th century. It was a strategically important port city and was ruled by the Malays, Portuguese, Dutch, and British at different points in time. The city was a major center of trade and commerce, and its strategic location at the crossroads of the East-West trade routes made it a valuable prize for various powers. The city’s diverse cultural heritage is reflected in its architecture, with influences from the various cultures that have passed through the Straits of Malacca. The city was declared a UNESCO World Heritage site in 2008.

Similarly, George Town, located in Penang, Malaysia, has a rich history dating back to the late 18th century. It was a British colonial settlement and a major trading port. The city was founded by Captain Francis Light in 1786 and he marked the city as a free port which attracted traders and immigrants from all over the world. The city’s architecture reflects its colonial past, with many well-preserved examples of British colonial architecture. It was also declared a UNESCO World Heritage site in 2008.

The historic cities of Melaka and George Town are easily accessible by air and by public transport. To reach Melaka by air, the nearest airport is the Kuala Lumpur International Airport (KLIA) which is about 85 kilometers away. From there, visitors can take a bus or taxi to Melaka. Alternatively, visitors can also take a flight to the Senai International Airport, which is about 50 kilometers from Melaka. Once in Melaka, visitors can easily explore the city on foot or by taking a trishaw.

For those who prefer to travel by public transport, both Melaka and George Town are well-connected by bus and train. Melaka Sentral is the main bus terminal in Melaka and offers bus services to several destinations within Malaysia. The train station is located on Jalan Kota and offers trains to major cities in Malaysia. George Town is also well-connected by bus service, Rapid Penang bus service, offers several routes within the city and to other parts of Penang island. Overall, both cities are easily accessible and offer visitors a variety of transportation options to explore the rich history and culture of the region.