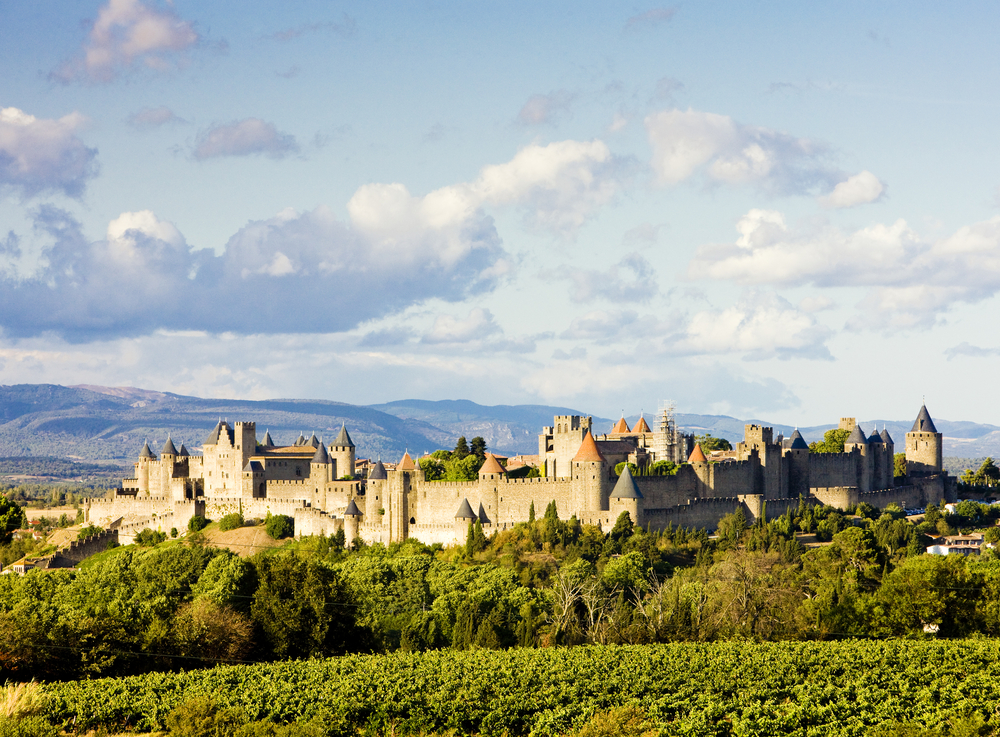 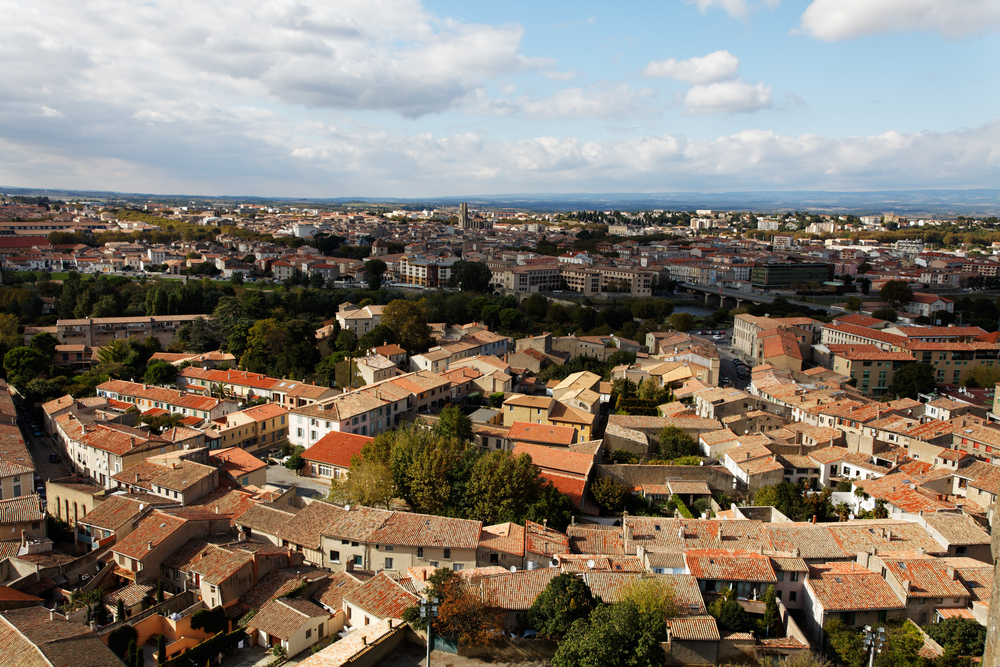 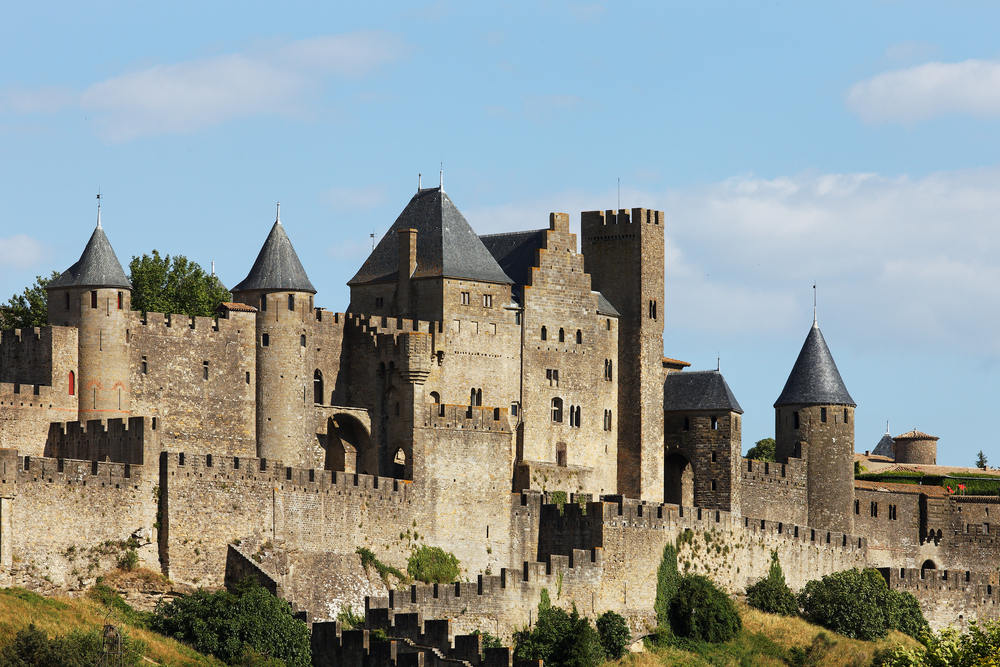 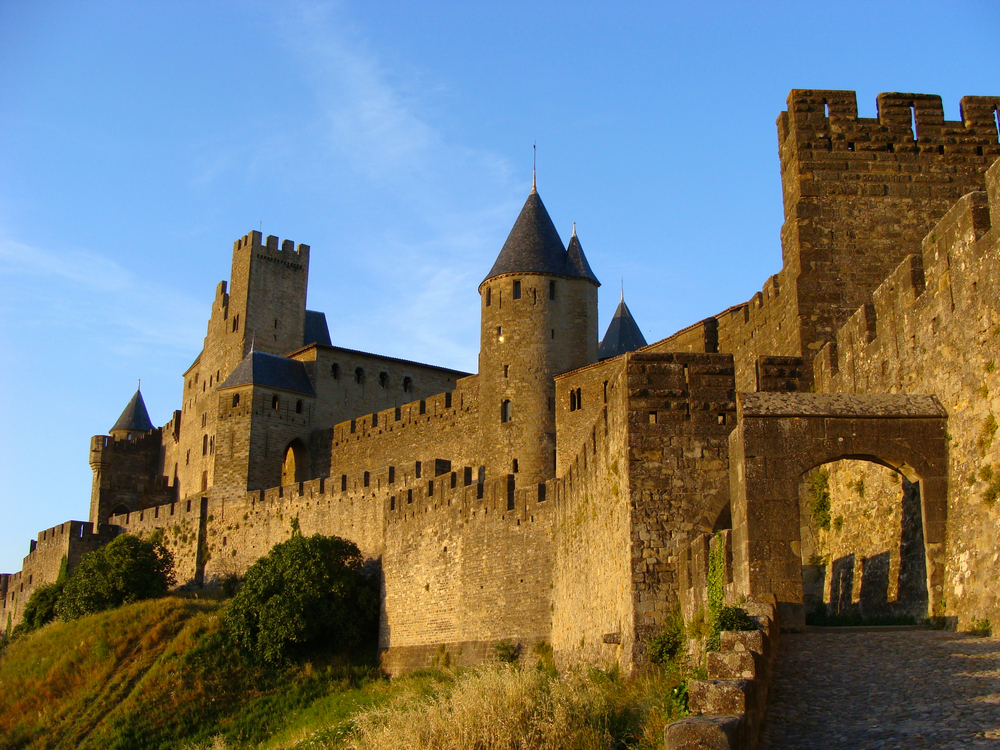 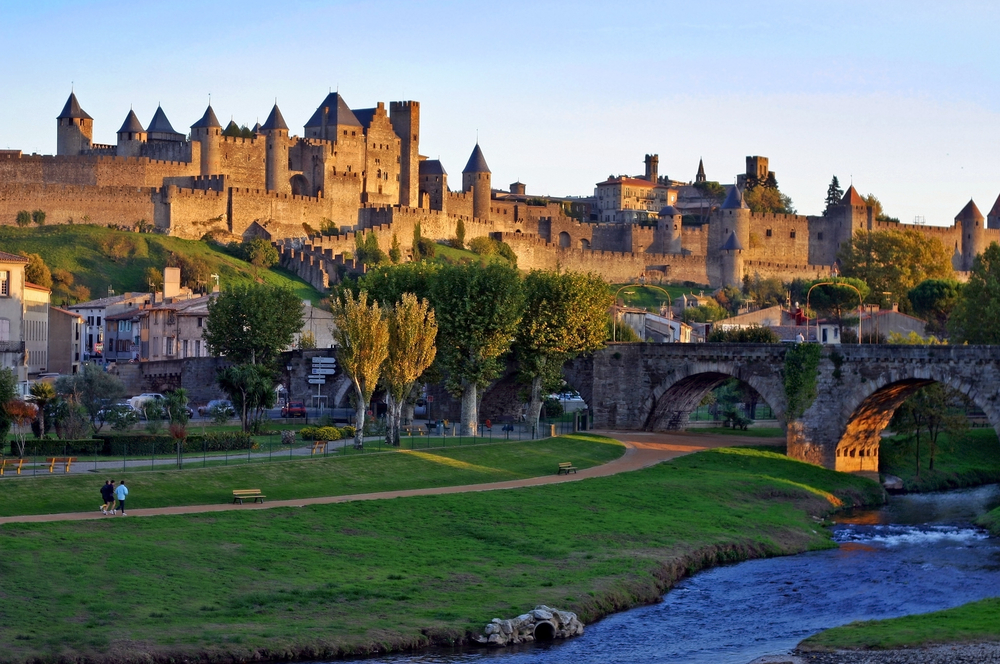 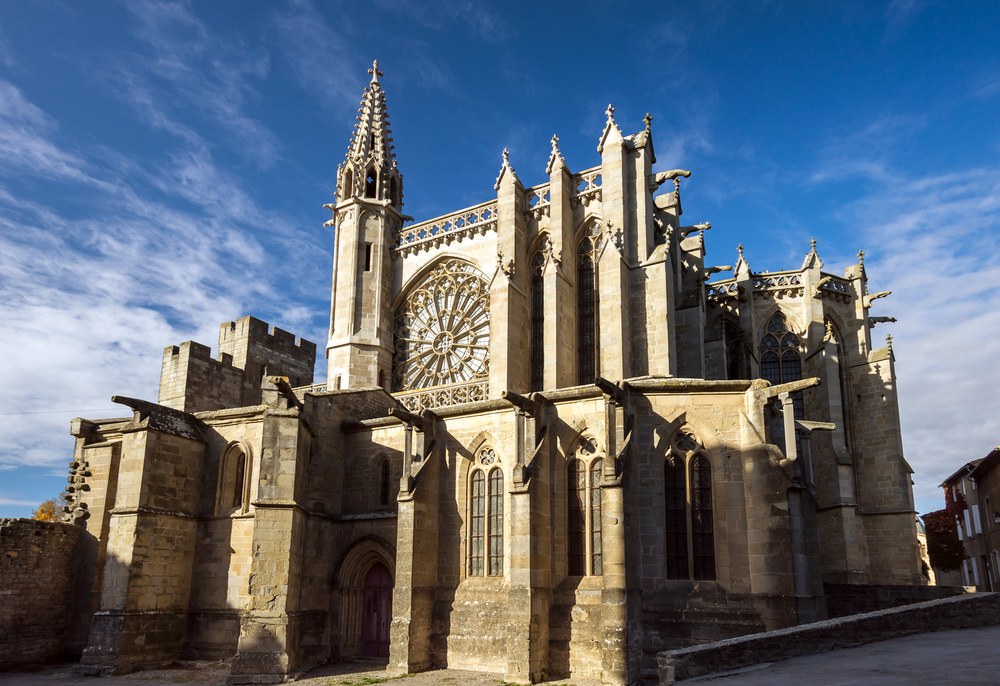 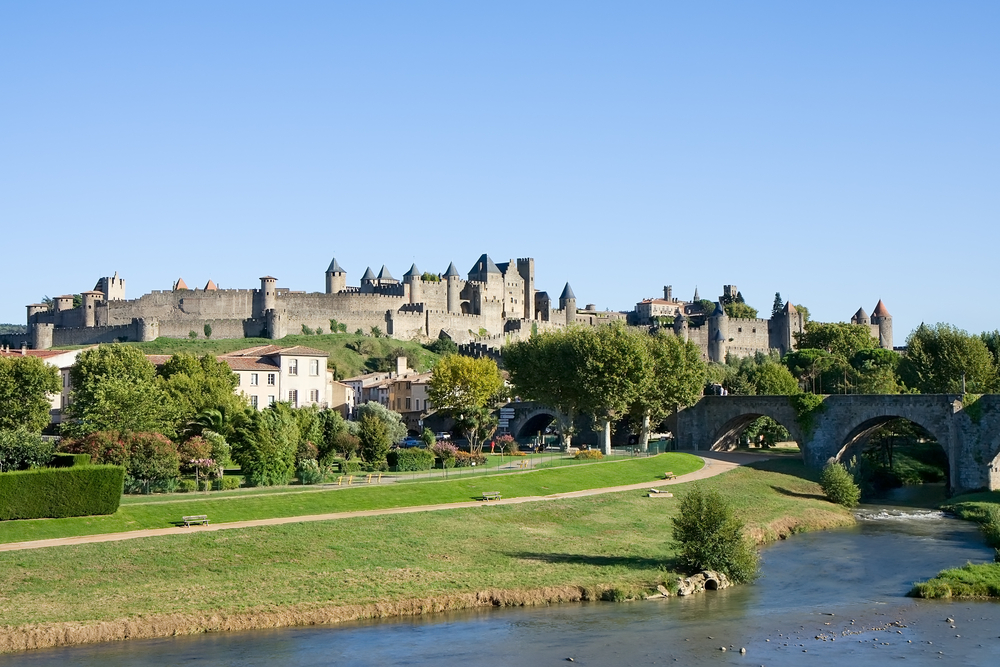 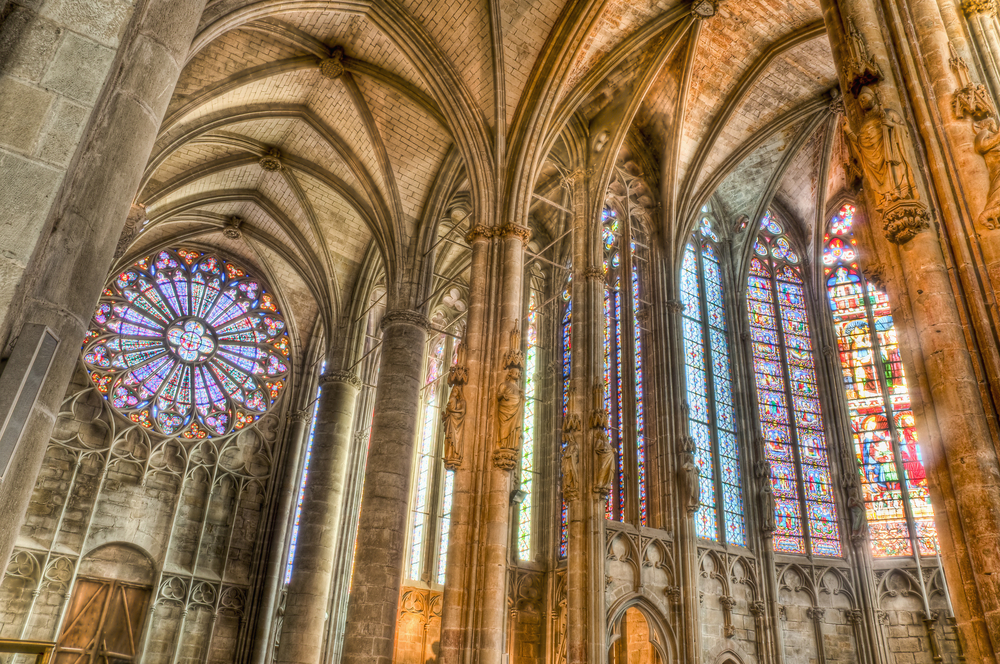 Introduction to the Historic Fortified City of Carcassonne

Located in the south central portion of France, the Historic Fortified City of Carcassonne is the hilltop portion of the city of Carcassonne (theres also a lower city), lauded not only as an exceptional example of a medieval fortified town but also for the restoration work that was accomplished there in the late 19th century under the guiding hand of Eugene Viollet-le-Duc, one of Frances first conservationists.

A guided tour of the ramparts, walls, and the magnificent castle at Carcassonne are a must for anyone visiting this region of France, especially those who are fans of medieval history.

Visitors will also want to take some time to explore the city’s Romanesque Basilica of St. Nazaire-St. Celse. Begun in 1096, it was originally completed in 1130 but then frequently renovated and enlarged during the next few centuries. Hence, there are many Gothic touches inside that replaced the original Romanesque details, including in the choir and transepts. However, the nave remains in the typical Romanesque style. Windows are small, making the sanctuary quite dark. Of particular note, however, are the Gothic Rochefort and Radulphe’s Chapels.

Because the diocese in Carcassonne was poor, both the interior and exterior of this church are not as ornate as many in France. At the great portal on the northern side of the exterior, there are no ornate statues carved into the tympanum. Instead, it’s adorned with simple flowers, leaves, and a few demons. The western wall has no ornamentation at all.

Overlooking the Aude River valley, Carcassonne was first inhabited in the 6th century B.C., situated along the ancient route that connected the Atlantic Ocean with the Mediterranean. It became part of the Roman Empire in the 1st century B.C. and by the 3rd century A.D. a 1200 m (3/4 mile) defensive wall was built around it, much of which still stands today.

Under Visigoth rule beginning in the 5th century, the town suffered repeated capture attempts by the Franks and Arabs but remained under Visigoth control nonetheless, becoming the seat of a count (and then a viscount) by the 9th century. When a bishopric was created there in the late 11th century, construction of a cathedral began though extensive demolition, changes, and additions continued through the next three centuries, eventually resulting in the Romanesque/Gothic cathedral that is now one of the centerpieces of the town.

In the 12th century, a count’s castle was built and fortified. Around the same time, external defensive walls were built to protect the town and its inhabitants. More building took place inside the walls during the 13th and 14th centuries and the town’s reputation was forged as one of the most impenetrable cities in France.

During the French Revolution, the Fortified City of Carcassone became a supply depot and was removed from the list of military fortresses and, as a result, the stones of its magnificent walls were used for a variety of purposes and the city fell into great disrepair. By the mid 1800s, however, it was proposed that the fortifications be restored for historic purposes and the job fell to Eugene Viollet-le-Duc, an architect known for his excellent restoration work. The restoration lasted until 1910 and included work on all the internal fortifications as well as a number of outside walls and towers.

The Historic Fortified City of Carcassonne is fairly small, so it doesn’t take long to see it all. Nonetheless, it is worth a stop and a few hours spent admiring the restored walls of the fortifications, taking in the sites of the magnificent castle, and exploring the cathedral.

Access to the medieval city is free, but it is advisable to sign up for a guided walking tour of the ramparts and castle, which provide – for a small fee – access to spots that visitors can’t enter on their own. Most include a film about the building of the city walls and the history of Carcassonne in general. Tours range from 1 to 2.5 hours and audio guides are available in English. Tours via horse-drawn carriage and miniature train are also available.

Free access to the Basilica of Saint-Nazaire, the town’s beautiful cathedral, is available daily. Sunday services are celebrated at 11 am and organ recitals are offered quite often during the summer. The instrument ther is thought to be the oldest organ in France, dating back to the 16th century.

There’s also a small but fun museum that offers a scale model of the fortifications, costumes, weapons, and other artifacts from the Middle Ages. It takes about a half-hour to explore the museum and the cost is minimal.