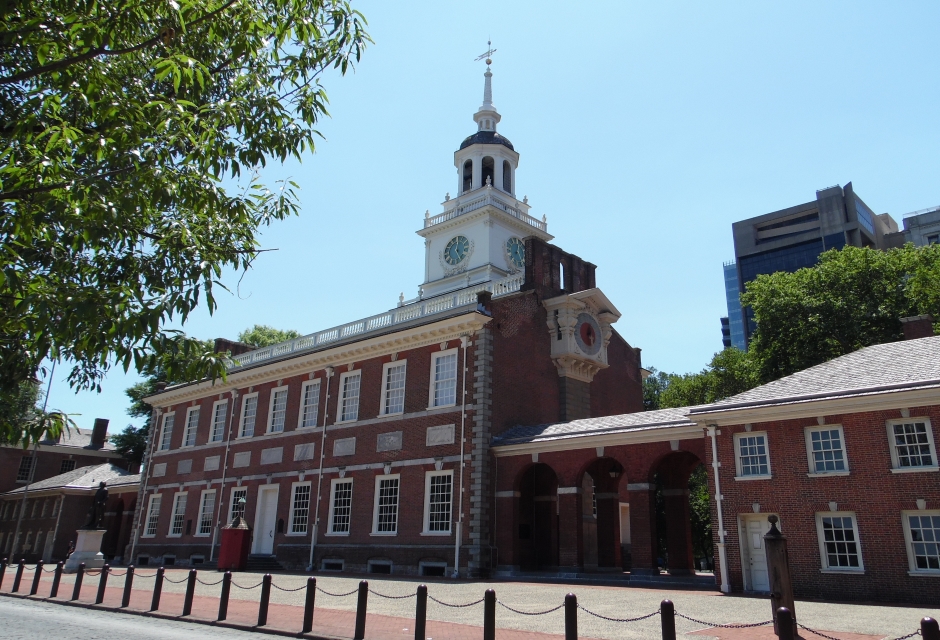 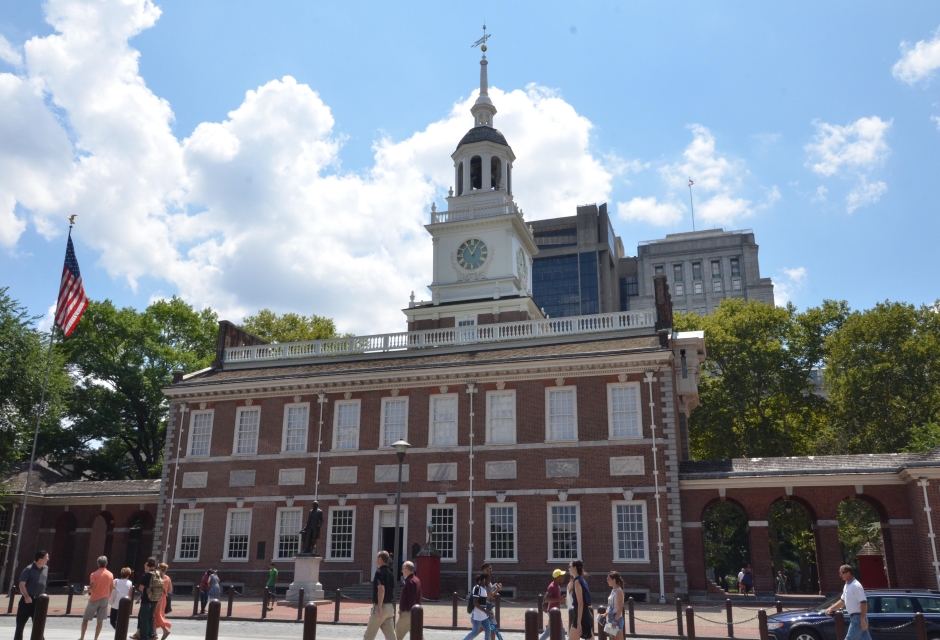 A Georgian style building in Philadelphia, Pennsylvania, Independence Hall has a relatively modest appearance considering its historical significance.  Two historic documents, the Declaration of Independence and the United States Constitution, were signed in Independence Hall.  Both documents helped to define and shape the concepts of democracy and freedom as we know it today.  At the same time, both papers have been influential to nations around the world.

Independence Hall is a part of a National Historic Park, spanning about 50 acres.  The area is rich in American history, offering a variety of sights and experiences. Other points of interest within the park include the Liberty Bell Center, Congress Hall, Christ Church, Benjamin Franklin National Memorial, and the National Constitution Center.

The Visitor Center is a logical place to start exploration of the Independence National Historic Park.  Here, visitors can pick up a park map, tickets to Independence Hall, watch two films about historic events, or find schedule of events and programs.

The Liberty Bell Center is located on Market Street, between 5th and 6th Streets.  The Liberty Bell Center includes many exhibits about the history of the bell and also offers a video presentation.  Here, visitors can view the Liberty Bell in its custom glass chamber.  An inscription on the bell reads, “Proclaim LIBERTY throughout all the Land unto all the inhabitants thereof.”  This message has been interpreted in many ways, but clearly ties the bell the ideas of freedom and liberty.

Surrounding Independence Hall are the numerous other historic building of Independence National Park.  A number of guided walking tours are available, including a tour titled “History Beneath our Feet” about the archeology of the area and the “Twilight Walking Tour” at sunset.  The “Ring up History” cell phone tour is a unique way to access information around the park.  By calling a number, any person with a cell phone can hear a 1-2 minute informative sound clip about sites around Independence National Historic Park.  Ranger guided tours are also an option.

The Benjamin Franklin National Memorial is a popular attraction within Liberty National Park.  This statue, located within the Franklin Institute, is a tribute to this iconic American figure.

Independence Hall, designed by Andrew Hamilton, was constructed between 1732 and 1756, originally used as the Pennsylvania State House.  A bell was constructed and imported from London to occupy the steeple.  After cracking once, it was recast using the materials from the old bell.  The bell originally rang for public announcements but is well known for its ringing on July 8, 1776 to announce the first public reading of the Declaration of Independence.  The bell is now silent, due to another crack that appeared in 1846. It has become known as the Liberty Bell, remaining a sign of freedom and liberty.

Many historic events have taken place at Independence Hall.  It was the meeting place of the Second Continental Congress and the building in which George Washington was appointed commander in chief for the Continental Army.  In this same building, the Declaration of Independence was signed, the Articles of the Confederation were adopted, and the first drafts of the Constitution were written.

The visitor center is located in Center City Philadelphia, at the center of 6th and Market Streets.  Because street parking is limited and expensive, parking at the Visitor Center in the underground parking garage is recommended.

To reach Philadelphia from the south, head north on I-95.  Exit at I-676 and continue, following the signs for Philadelphia/Independence Hall.  At the ramp fork, be sure to keep right.  Stay straight onto Callowhill Street.   When you reach north 6th Street, make a left turn.  The parking garage is located on 6th street on the left side.

Head south on I-95.  Then, take I-676 and follow the signs for Philadelphia/Independence Hall/Callowhill Street.  When you approach the stoplight, make a right turn.  You will want to continue on Callowhill Street.   Then, take a left turn onto 6th street. The parking garage is located on the left side under the visitor center.

Take I-76 to Valley Forge.  Follow the signs toward Philadelphia and then take I-76 East.  You will stay on 76 for approximately 25 miles.  Then exit onto I-676 east.  From 676, take the exit for 8th Street.  Turn right onto 8th street, then take a left on Race Street.  From Race Street, turn  right on 6th Street and look for the parking garage below the visitor center.

Take the Atlantic City Expressway to Route 42 heading north, then take the exit for I-676.  Follow the signs for 5th and 6th street, making sure to stay in the right lane.  You will pass the 5th street exit.  When you do, keep following signs for Independence Hall/6th Street.  At the first stoplight, turn right onto Franklin Street.  Merge onto 6th street and look for the parking garage.