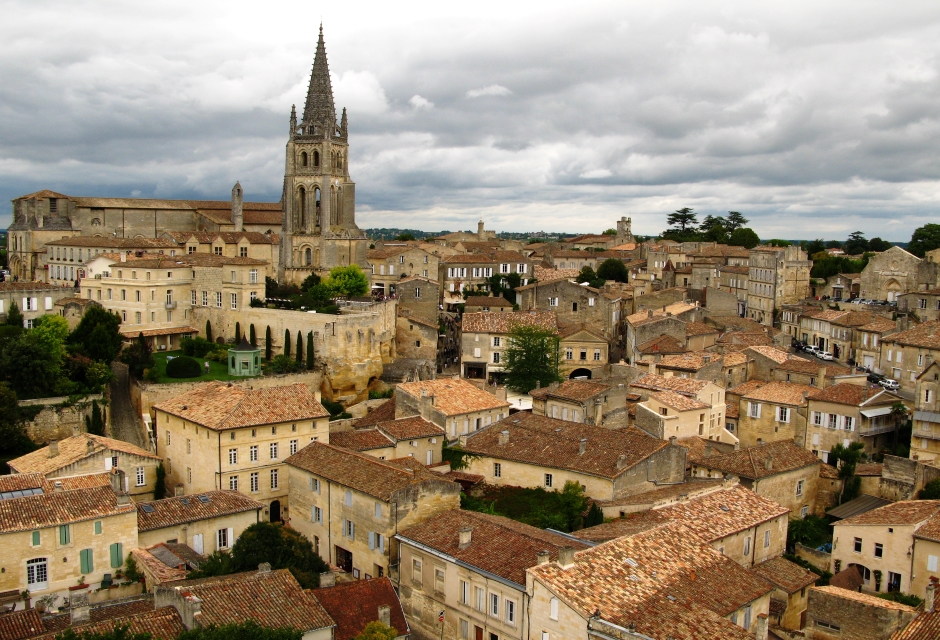 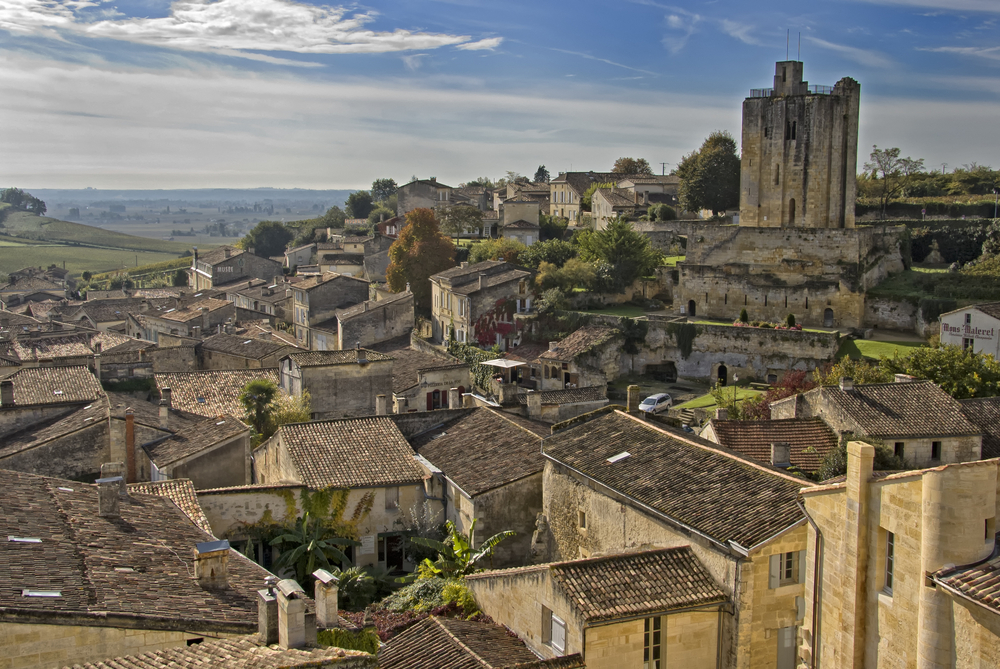 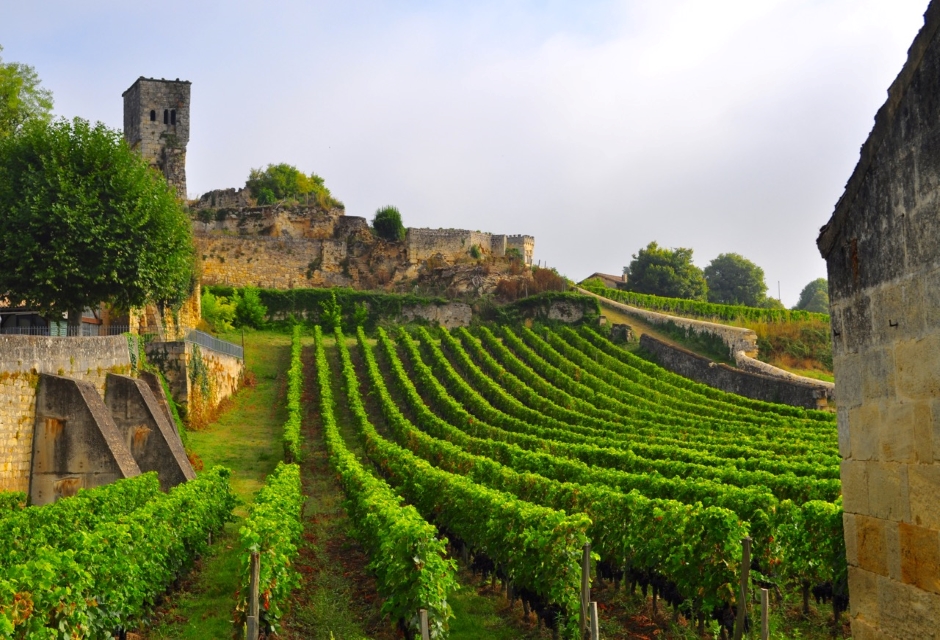 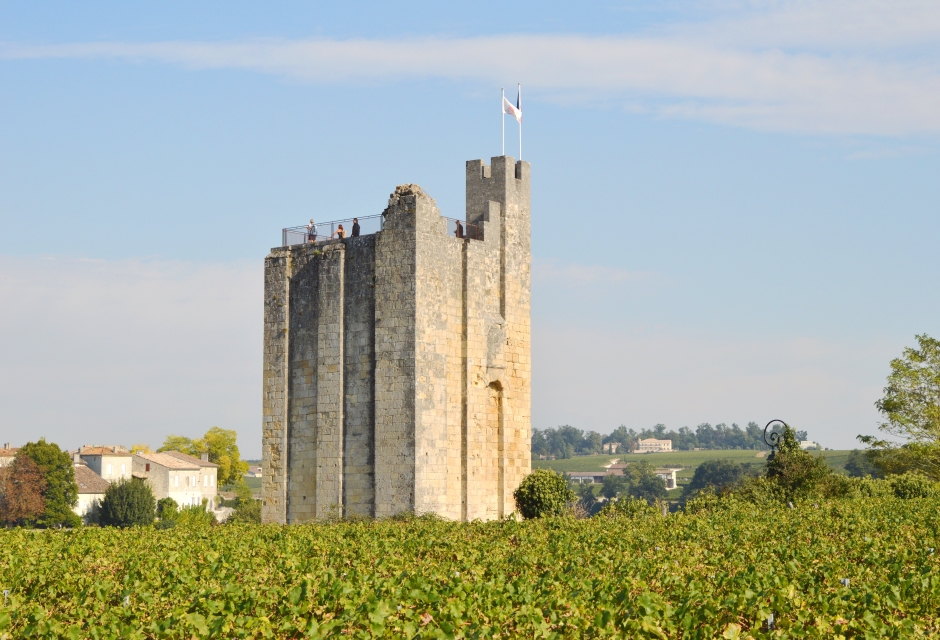 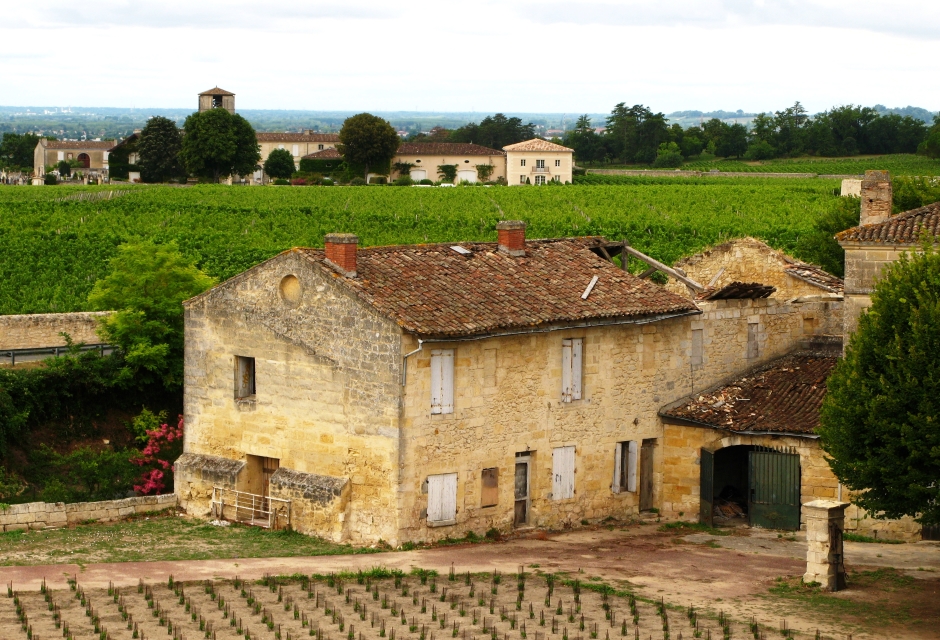 Introduction to Jurisdiction of Saint-Emilion

Situated in an area devoted entirely to viticulture, the wine-growing Jurisdiction of Saint-Emilion in the region of Aquitaine has been lauded for its historic vineyard landscape and its notable monuments and historic villages. Recognized as a fertile region by the early Romans, the grape-growing industry in Saint-Emilion intensified in the Middle Ages and has long continued, resulting in a region that produces some of the best wines in France.

A visit to Saint-Emilion brings guests face to face with an unusual little village that is reminiscent of medieval France. Luckily, it emerged from many wars and skirmishes fairly unscathed, making it a fascinating place to explore.

The village sits atop a limestone rock and is shaped similar to an amphitheater. Underneath the town are 173 underground galleries, and above the ground are winding streets strewn with tiny houses that sit practically on top of one another. Many of the streets are still covered with cobblestones.

Visitor’s eyes are automatically drawn to the town’s stately Monolithic Church, a 38 meter long (125 foot), 20 meter high (36 foot) Romanesque church with huge catacombs and a 53 meter (174 foot) Gothic arrow. Carved out of solid rock, it’s Europe’s largest monolithic cathedral. Some ancient murals remain inside but much ornamentation was destroyed during the French Revolution.

A tour of the underground areas of Saint-Emilion is a must for any visitor. The catacombs, the Chapelle de la Trinite, and the Underground Pottery Museum are all quite fascinating and tell the story of the ancient town from its beginnings through its prosperous times and difficult years. The underground galleries are also used for wine aging. Visitors can also stroll around the old village, visiting the cloisters, collegial church, the king’s castle keep, and the medieval defensive walls.

Many people, however, simply come to the Jurisdiction of Saint-Emilion for the wine. The vineyards there are world-renowned and vines can be found on the slopes, the plateaus, and just about anywhere where there’s room to take advantage of the town’s fertile soil.  An abundance of winery tours are available to those who’d like to sample a glass or two from the more than 60 wineries in and around the town, who mostly produce Merlot, Cabernet Franc, and Cabernet Sauvignon.

Though Saint-Emilion was inhabited as long ago as the Upper Paleolithic period (35,000 to 10,000 B.C.), it was the 3rdCentury Romans that brought wine-making to the region. Valerius Probus, Roman grammarian and critic, is credited with grafting new varieties of grapes and bringing them to the region. Hence, the legacy of wine-making began.

At the beginning of the 7th Century, Christian monasteries came to the region. The story is told of an 8th Century monk, Emilion, who sought asylum in the town and lived underground in a cave. It is said that he performed many miracles and that his many followers and companions were responsible for the building of the town’s amazing monolithic church, carved out of solid limestone rock. The town was eventually named after the quiet monk.

A few centuries later, the town of Saint-Emilion found itself on the pilgrimage route to Santiago de Compostela in central Spain. Because of this, the town prospered greatly. More monasteries were built as were several additional churches and other religious buildings. Limestone began to be quarried for these buildings and the stone remains well-known throughout the region for its durability.

When Eleanor of Aquitaine married the soon-to-be King Henry II of England, the rule of Saint-Emilion went to England and the fortified town was granted full liberties by King John in 1199, becoming a “jurisdiction.” Part of the area was recovered for France in the early 13th century and France gained full control once again in 1453.

The town suffered financially and socially during the Hundred Years War and Wars of Religion, which actually allowed it to maintain its medieval appearance. But during the French Revolution, many ancient buildings and monuments were destroyed or neglected. This was true for the vineyards as well.

But it was indeed the grapes that helped get the Jurisdiction of Saint-Emilion back on its feet. During the 11th and 12thcentury, the region had produced so-called “royal wines”, a name that boasted of the fine quality of the vintages produced there. Fortunately, the quality continued to be exceptional and the demand for these Saint-Emilion wines by the Flemish, who knew they could be shipped without turning to vinegar, led to further recognition of the region. Soon, Saint-Emilion wines were recognized continent-wide – and later, worldwide – for their amazing taste and quality.

By the time of the Second Empire, white varietals had disappeared and the region began producing only reds. The opening of the railroad between Paris and Bordeaux in 1853 also made it easier to spread the word about these fine wines. The wines of the Jurisdiction of Saint-Emilion won their first international gold medal in 1867 and hundreds of awards have been bestowed upon the region’s wines since that time.

An abundance of tours are offered in Saint-Emilion including those that explore the catacombs, underground quarries, the old town, the Monolithic Church and its bell tower, and the wineries. Tours can be purchased before arriving or upon arrival. Prices vary. Visitors may also explore on their own. Admission fees are charged for a number of the attractions.

The southwestern town of Saint-Emilion is part of the Gironde department in Aquitaine, about 35 km (22 miles) from Bordeaux. The closest airport to the town is Bordeaux-Merignac, which only accommodates small planes. Round trip flights are available from Paris to the Bordeaux region.

For those who wish to travel from Paris to the Jurisdiction of Saint-Emilion by train, transportation is available to the town of Libourne, about 8 km (5 miles) from Saint-Emilion. The trip takes just over 3 hours.