Unique biosphere and home to the legendary Dragon 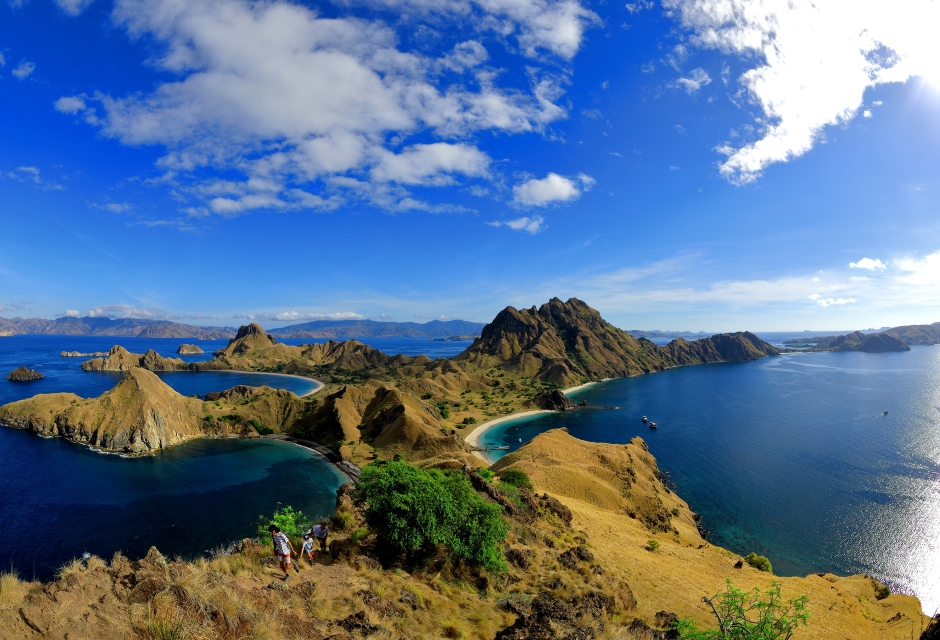 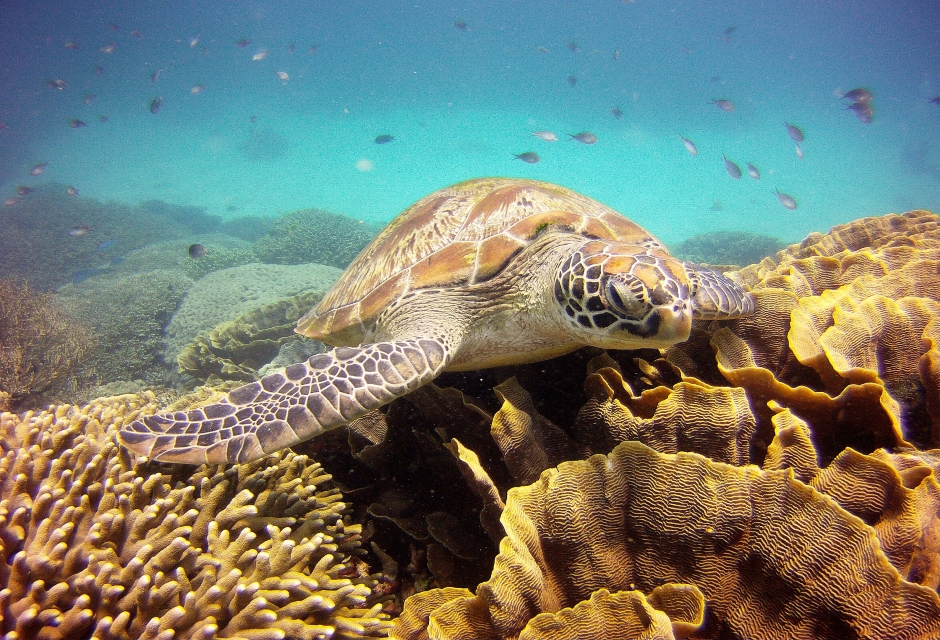 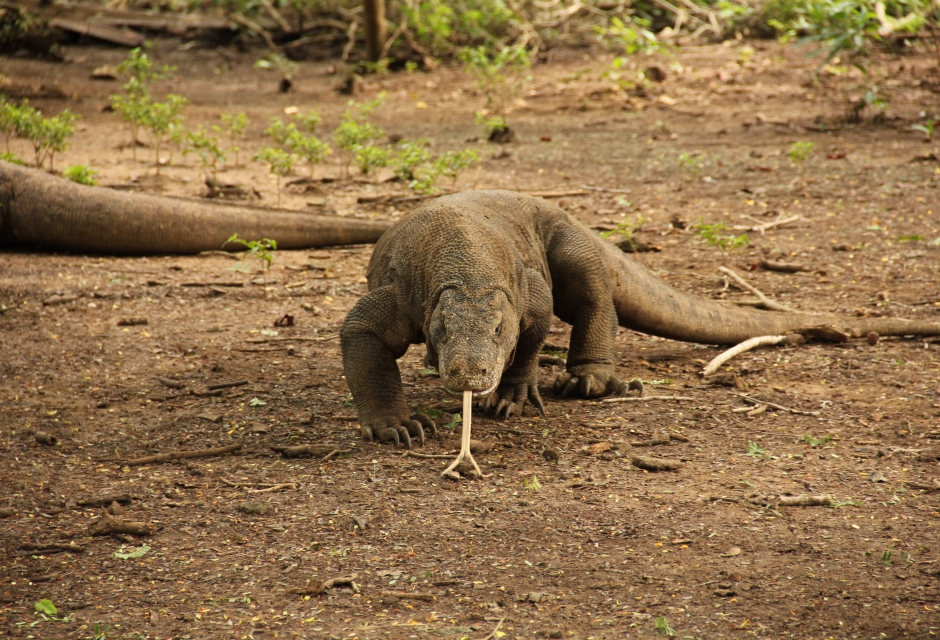 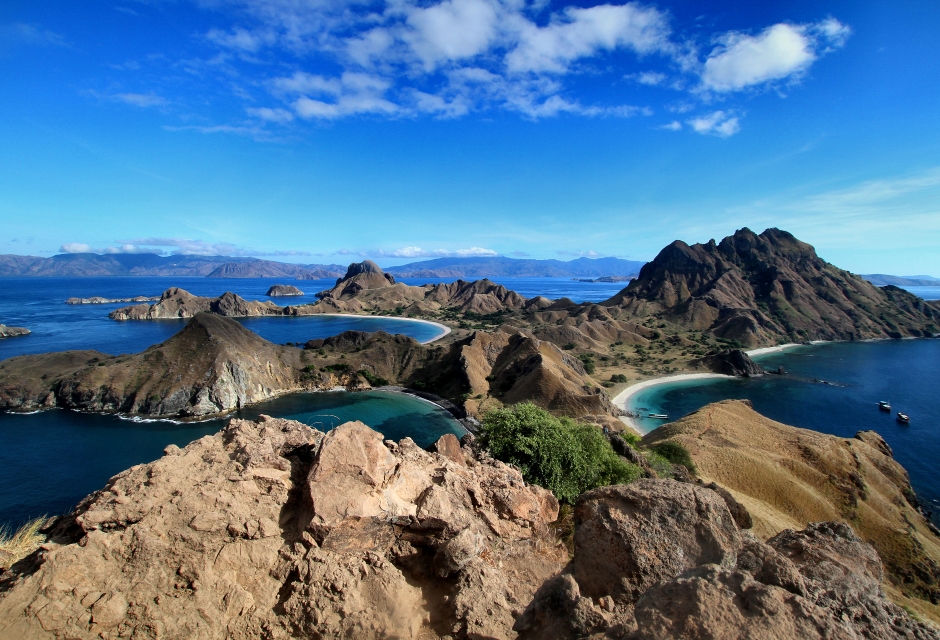 The Komodo National Park lies 200 nautical miles to the east of Bali in Indonesia. It is between the islands of Sumbawa and Flores in the Lesser Sunda Islands. This is a unique biosphere which was created from a huge volcanic uplift. It is the only area where the Komodo Dragon can be found, the largest lizard species in the world. These amazing creatures only exist on Komodo, Rintja, Padar and Flores islands. They can grow up to 3m in length and weigh up to 126kg. These agile reptiles are swift runners and climbers. They can easily take deer and wild boar as food. They are a type of monitor lizard and there are only an estimated 5000 left in existence. The area was nominated as one of the new Seven Wonders of the World for its unique beauty and wildlife.

The best time to visit the Komodo National Park is from early March to the end of June. Komodo National Park has the lowest annual rainfall in Indonesia with a short rainy season in January. For most of the year it is hot and dry, with arid winds blowing from the Australian desert from April to October. Minimum temperatures are in August when they are around 17C and maximum temperatures of 43C from October to March.

The National Park covers a total of 112,500 hectares which includes Komodo Island, the largest at 34,000 hectares. Rinca covers a further 20,000 hectares and the remainder of the park is the islands of Padar, Nusa Kode, Motang, Wea Wuul sanctuary of Flores and the surrounding waters.

Komodo Island is 35km long and 15km wide and is quite mountainous, reaching an altitude of 735m at Satalibo in the north. The south coast is extremely rugged from volcanic activity. Nusa Kode can be seen nestling in a typical crater bay.  The islands have brilliant white sandy beaches and clear blue waters surging over the coral. Higher elevations have remnants of rainforest and bamboo forest but lower levels are savannah.

This is the recognized habitat of the Komodo Dragon (Varanus komodoensis). There are an estimated 5000 of these giant lizards left, and some estimates put the number as low as 1000. Their huge size, growing to 3m or 10 feet in length, and their aggressive behaviour led to their name ‘Komodo Dragon’. As they exist nowhere else on earth they are of great interest to scientists and those studying the theory of evolution. They are suited to survival in the dry savannah of the islands, which have sparse thorny vegetation. The islands are so remote that it was only in 1911 that the Komodo dragon species was confirmed to the world to be a fact not a mythical creature. Despite its status and value to the scientific community, Komodo continues to suffer irreparable damage by man’s activities. It is feared that the wonders of this national park may disappear forever before the world can properly appreciate the natural beauty here and the wonders of the Komodo Dragon species.

This islands offer great opportunities for scuba diving, sailing and trekking. Along with the indigenous Komodo dragons, visitors may see geckos, limbless lizards, monitor lizards, bullfrogs, oreophyne Jeffersoniana. Snakes include cobra, Russel’s Pit Vipers and green tree vipers. Timor and Sunda deer, wild horses, water buffalo, wild boar, long-tailed macaque monkeys, palm civets, rats and fruit bats all make their home on these islands. Beneath the water level the seas are teeming with over 1000 species of fish and mammals. Most of the larger mammals have been introduced to the islands by man, but the frogs, lizards and snakes are indigenous. The only endemic species is the Komodo rat. The Komodo National Park also has over 150 species of birds, many of which are migratory and are more typical of Australian species than Asian. Some of the most distinctive are the sulphur crested cockatoos, imperial pigeons, white breasted sea eagles and maleos.

Komodo has two distinct marine habitats, tropical and temperate as the warm tropical waters of the Flores Sea to the north meet the colder waters from the Indian Ocean to the south. Upwelling collides with the volcanic shelf and produce fierce currents which supports an amazing multitude of fish and marine life. They include grouper, Napoleon wrasse, sea cucumber, dugong, manta rays, dolphins, whales, mollusks, worms, crustaceans and sponges.

The islands in this area were created in a huge volcanic uplift which also formed Sumatra, Java, Bali and the islands to the east of Papua New Guinea. In 1915 the Raja of Biwa in neighbouring Sumbawa conferred the status of Nature Reserve on the island, which was only formalized by the Dutch colonial government in 1928. An American expedition was led by Douglas Burden in 1926. In 1938 Padar and the areas to the south and west of Rinca were declared as a wildlife sanctuary but it was only in 1965 that Komodo was formally included. Indonesia decreed it to be a National Park in 1980 and in 1991 Komodo was declared a World Heritage Site.

Since 1995 the national park has been supported by the American environmental organization called the Nature Conservancy. It is addressing the problems of exploitation of the natural resources, particularly from fishing and commercial enterprises. Around 4000 people live within the national park and are dependant upon it to make a living. Development of sustainable ecotourism is envisaged to generate sufficient revenue to cover management and operational costs. Currently there is conflict between park management, the Nature Conservancy and local communities which have resulted in the deaths of several local fishermen.

There is some accommodation and a Visitor Centre at Loho Liang on Komodo.
An information centre and limited guest house accommodation is available at Labuan Bajo on Flores Island. The nearest hotel is at Bima on Sunbawa Island.

The departure point for the trip is at Denpasar, Bali. The gateway cities are at Labuan Bajo in the west of Flores and Bima in eastern Sumbawa. You can get an overland bus to these cities from Denpasar. The final trip is made by boat which can be arranged locally.

The nearest airport is Jakarta