Masterful work of Chinese carvings from the early to middle periods 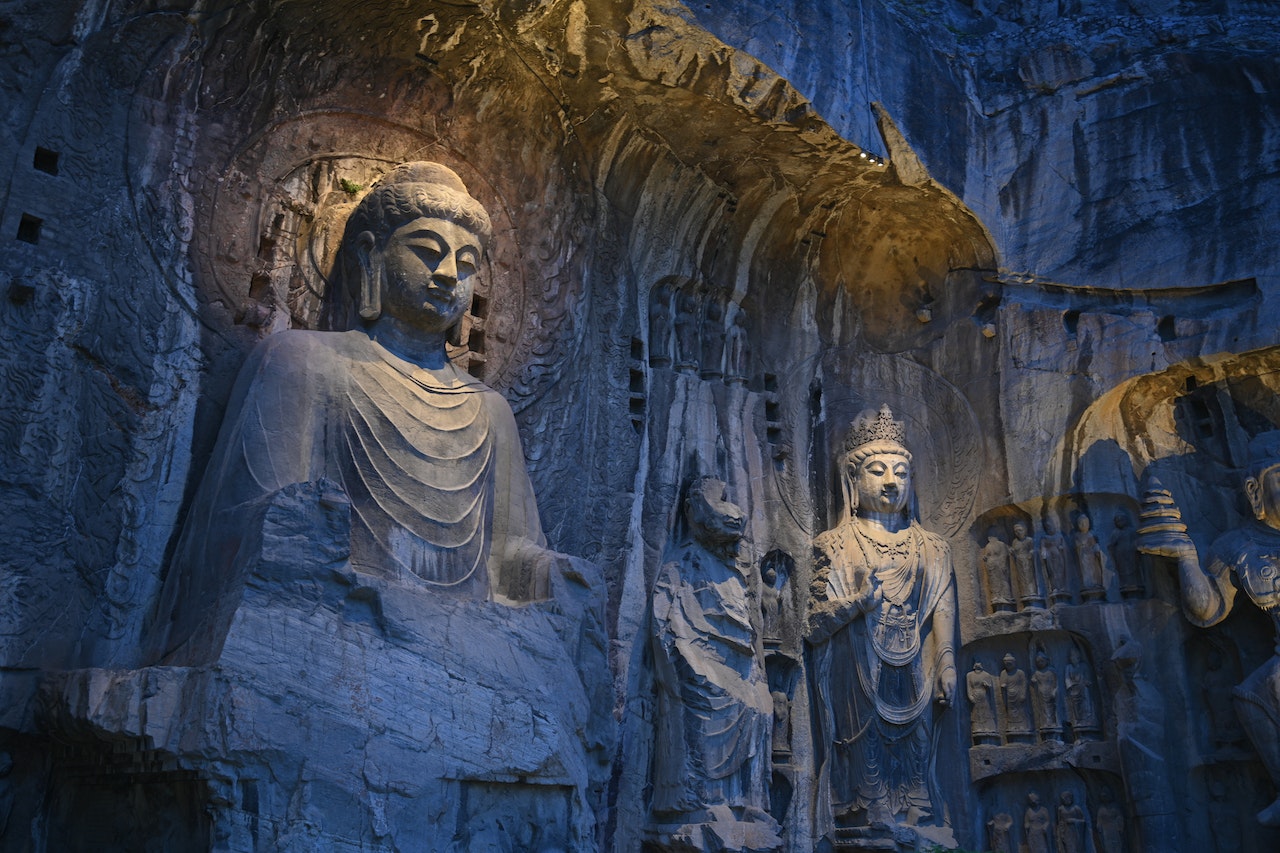 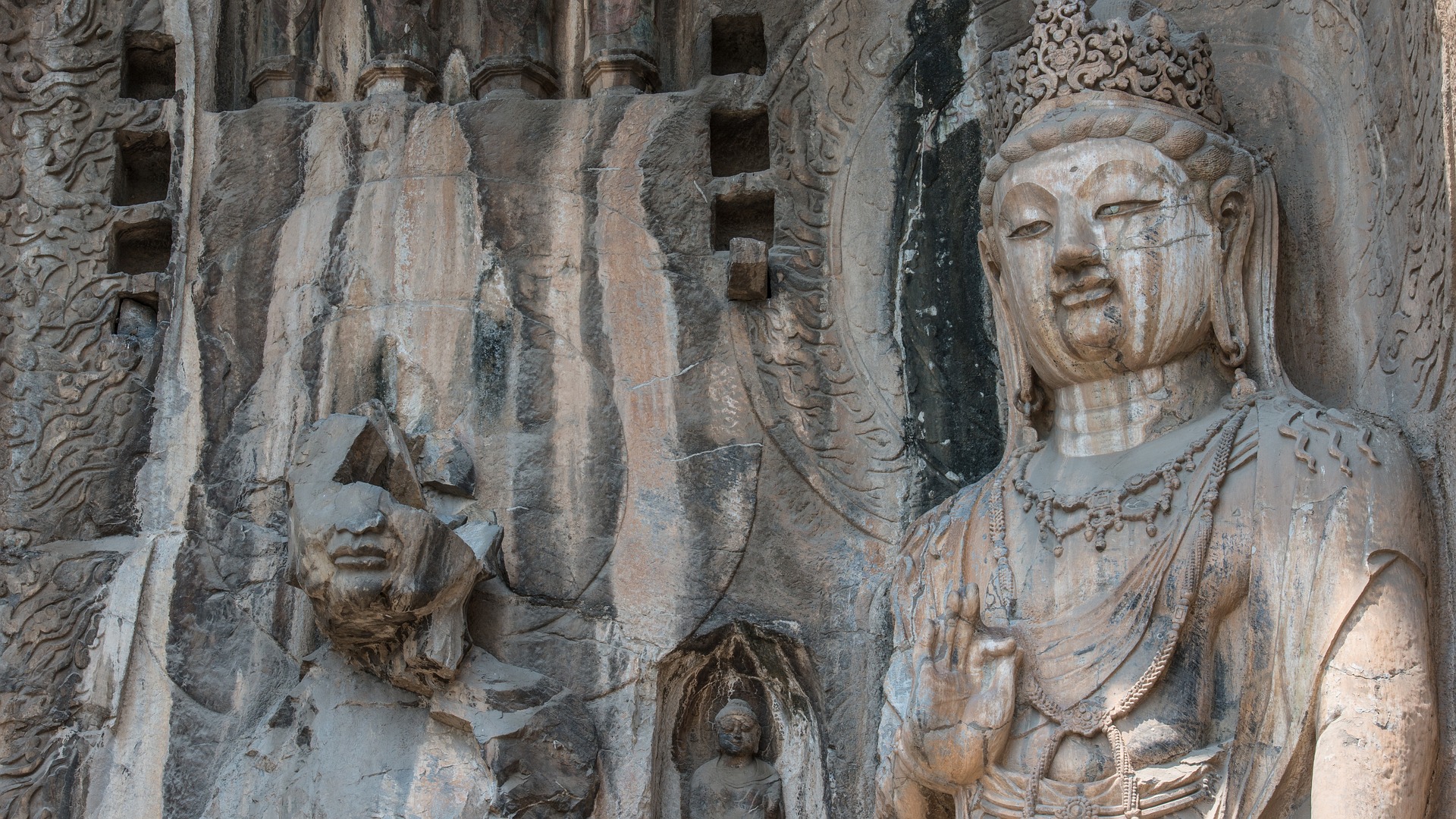 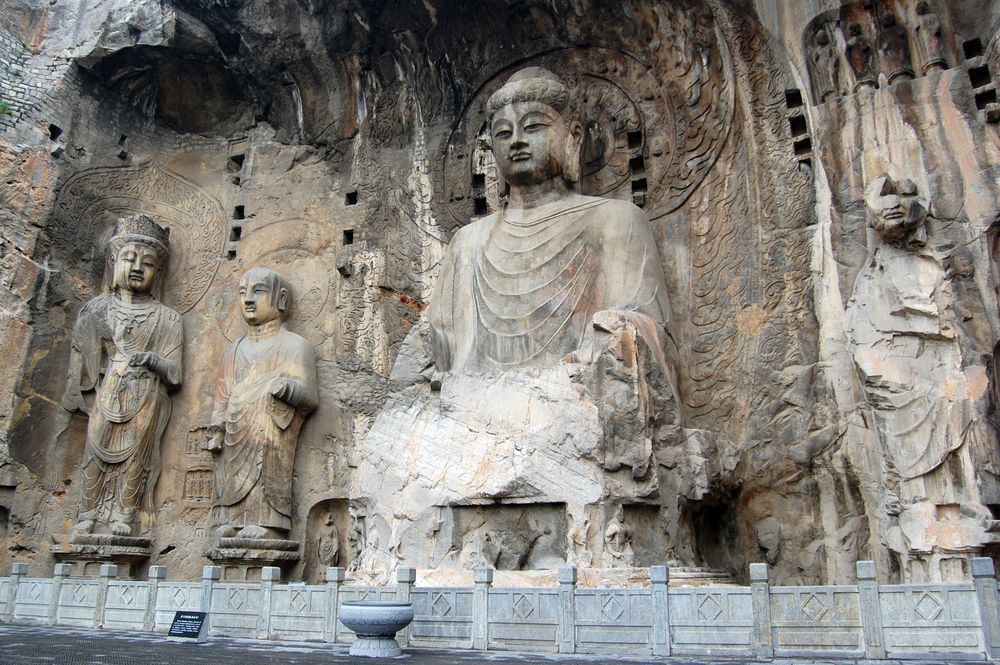 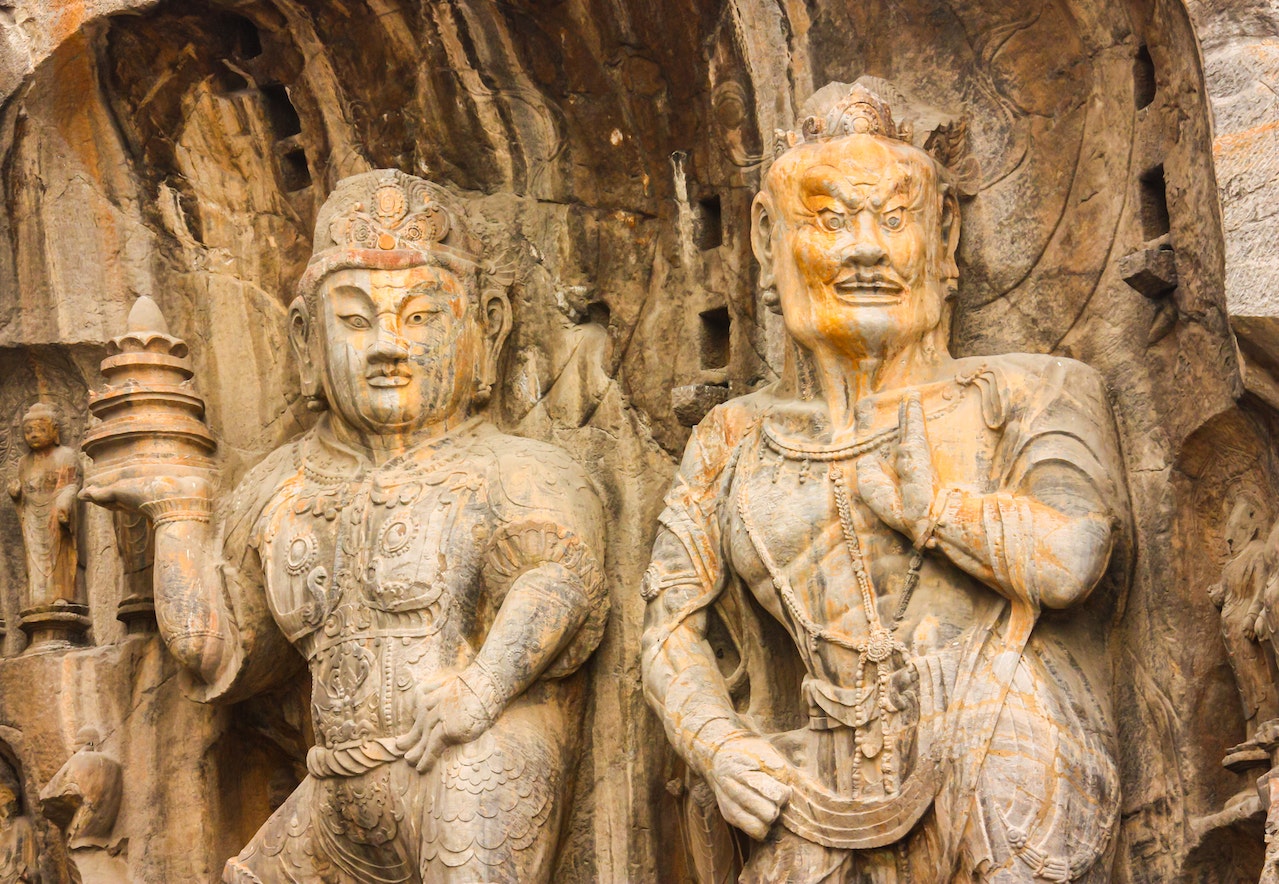 The history of the stone engravings at the Longmen Grottoes began when Emperor Xianwen changed the capital to Luoyang from Northern Wei in 493. Work carried on until the Ming Dynasty, over 400 years later. The peak of the creation of the rock carvings was from the latter 400s to the middle of the 700s. They are situated on the banks of the Yihe River, south of the Luoyang capital of antiquity, in beautiful natural surroundings. These grottoes exhibit masterful work of Chinese carvings from the early to middle periods. The caves are notable for their bountiful quantity, diverse themes, fine engraving work, and deep spiritual importance. The area is occasionally called the “Forest of Ancient Stelae” due to its numerous carved stelae that exceeds any other location in the world. The themes include that of Taoism and Buddhism. The multitudes of sculptures reflect the evolution of the economy, culture, politics and religion of China over a long period of time.

The grottoes at Longmen are situated 12 kilometers south of the ancient city of Luoyang. There is a length of one kilometer on the sides of the East and West Hills where the Longmen Caves were made from the malleable limestone. On either flank of the river are 2,345 recesses or grottoes. It is also home to approximately 2,500 etchings and stelae, 100,000 Buddhist statues, and more than 60 Buddhist pagodas. The Northern, Sui, and Tang Dynasties of 316 to 907 cut 50 medium and large caves on the West Hill cliffs. In the Tang Dynasty of 618 to 907, the caves on the East Hill cliffs were made.

Among the Longmen Caves, the earliest and biggest is Guyangdong. It is situated in the center of the West Hill’s southern floor. This cave was created by the Emperor Xiaowen and therefore drew sponsorship from his officials, nobles and religious dignitaries who backed the creation of engravings. 3 giant statues made by the Emperor are located on the primary wall. The middle statue is a depiction of Sakyamuni, the Buddhist patriarch who has two bodhisattvas on either side of him. These statues were designed in the Northern Wei method, which is characterized by gaunt appearances and slim forms. Sprinkled over the ceiling and walls are Buddhist recesses with over 800 etchings, which is greater than any other cave in China.

On the northern floor of the West Hill is the Middle Binyang Cave, or Binyangzhongdong. 5 giant Buddhist depictions are located on the primary wall. The middle one is that of Sakyamuni who has 4 bodhisattvas on their side. These were created using the Northern Wei design. On both side-walls is a Buddha representation with 2 bodhisattvas on either side. These 3 clusters represent the past, present and future Buddhas. There is also a lotus flower-shaped canopy on the cave’s ceiling. At one time the cave was home to reliefs showing the Emperor and Empress venerating the Buddha, but were taken in the 1930s. They are currently in museums in The United States.

The Shikusi, or Huangfugong cave is situated south of the West Hill. There is an etching that states that the cave was finished in 527. Facing the cave is a roof that was cut to look like it is made of wood and contains 7 Buddha images in its lintel. 7 giant statues are depicted on the primary wall, which consist of a Buddha with 2 bodhisattvas and 2 disciples on either side. On the ceiling is a dome decorated with a giant lotus flower encircled by 8 water spirits, or apsaras. Of the principal caves at Longmen, this is one of the best conserved. It is so significant because it was planned and finished as one unit, not built up over the years by different patrons.

The construction of the grottoes was initiated in 493 at the time when the capital was transferred to Luoyang City in Henan Province. The development of the grottoes is split into four stages.

The first stage was from 493 to 534 and was characterized by rigorous cutting of the grottoes. Guyangdong, or Shiku Temple, was the first cave to be shaped and reputedly used the labor of 200 individuals. Three were made by the Emperor Xuanwu, of which two were made in honor of his father, Xiaowen, and the final one for his mother, Wenzhao. These caves are collectively called Binyangsandong, or the Three Binyang Caves. Their construction took over 24 years to finish. These three caves and others of the same period were made on the West Hill and compose approximately 30 percent of the entire group of caves.

Due to domestic conflict that occurred during the Sui Dynasty of 581 to 618 and the early Tang Dynasty of 618 to 907, few caves were built during the second stage of cave construction.

The next stage started in 626 at the time of the peak of the Tang Dynasty. During this time, Buddhism in China underwent a resurgence, which resulted in rigorous cutting of grottoes, especially during the rule of Emperor Gaozang and Empress Wuzetian. In fact, these rulers used Luoyang as their perpetual residence. During this stage, approximately 60 percent of the grottoes were made.

The last stage occurred from 755 to 1127 at the time of the later Tang Dynasty up to the Northern Song Dynasty. However, the cutting of grottoes fell significantly.

It wasn’t until the Ming and Qing Dynasties of 1368 to 1912 that the Longmen grottoes were heralded nationally and internationally. A few stone engravings were taken illegally in the 1940s but have since then been protected under the People’s Republic of China since 1949.

The caves are situated approximately 13 kilometers to the south of Luoyang. Bus number 81 goes to the caves from from the Luoyang train station’s eastern side. There is also a stop west of the Xuangong Hotel. There is a 3-day tour available that goes to the grottoes and the Shaolin Temple and White Horse Temple. A train tour goes to Luoyang, the Shaolin Temple, and Longmen Caves. Another option is the 5-day tour that goes to Xian, Luoyang and the Longmen Grottoes.