Monticello and the University of Virginia 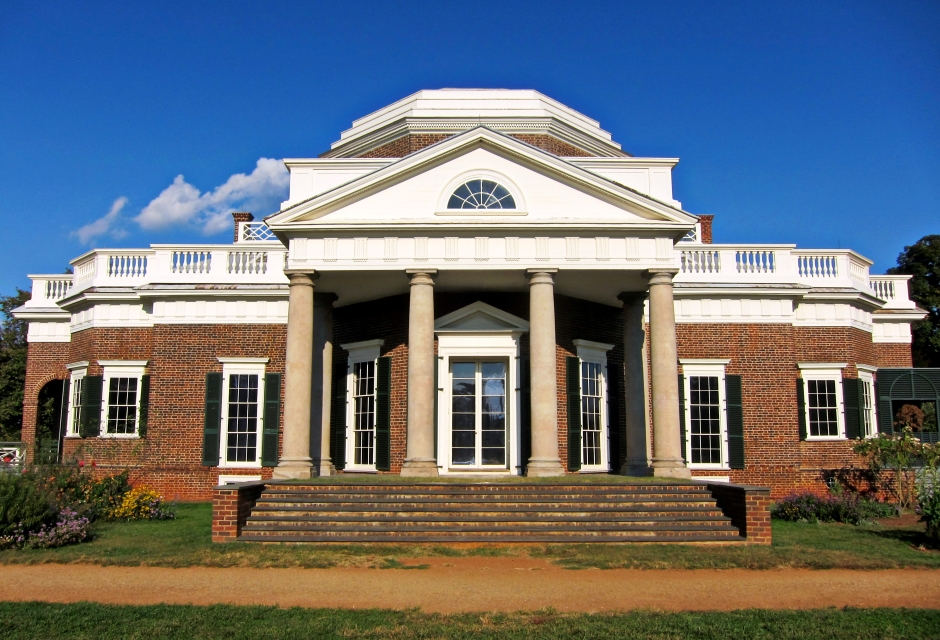 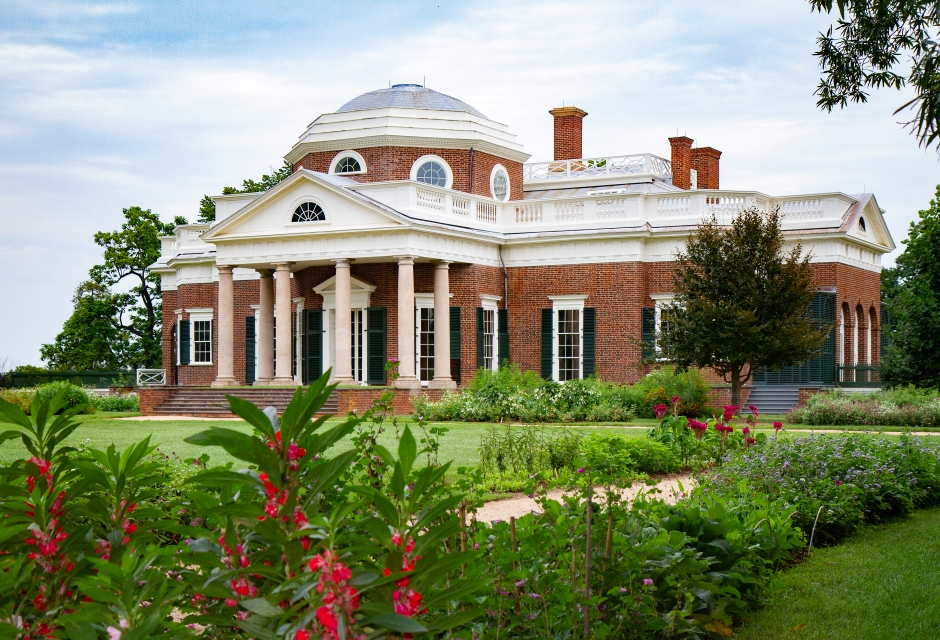 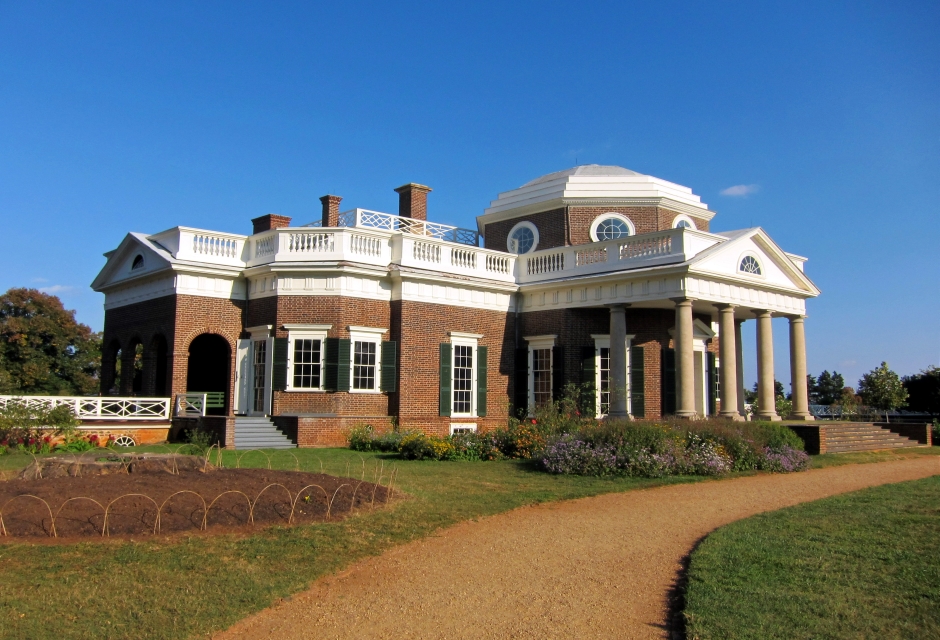 Introduction to Monticello and the University of Virginia in Charlottesville

Located in Charlottesville, Virginia, Monticello is the home that Thomas Jefferson designed for himself at the heart of the University of Virginia.  Thomas Jefferson is known for his writing of the Declaration of Independence and United States presidency, but he was also a talented architect.  It is situated at the heart of the University of Virginia, its architecture based on classical antiquity. The building itself demonstrates Jeffersons knowledge on a variety of different subjects.  He read extensively on architecture, both classical and later 18th century architecture. In his designing of Monticello, he pulled from this vast array of knowledge.  Monticello is a perfect example of neoclassical design.  The University of Virginia reflects architectural ideas from the Age of Enlightenment and became an outstanding education institution.

Guided tours are the most thorough and intimate way to experience Monticello.  Tickets for adults cost from $22 to $17, depending on the time of year.  House and grounds tours offer a look at the inside and outside of Thomas Jefferson’s famous home.  Inside, visitors will be able to see furnishings, books, art and other gadgets, each revealing a bit about Jefferson as a person.  The guided house tour covers the rooms of the first floor of Monticello.  Tours last approximately 35 minutes.

There are also a number of seasonal tours at Monticello.  One is the plantation community tour which focuses on the experiences of the slaves that worked and lived at Monticello.  Grounds and gardens tours are also a possibility. In his lifetime, Jefferson was interested in gardening and agriculture.  This 45-minute walking tour allows visitors to see restored flower and vegetable gardens, as well as orchards.

A “behind the scenes” tour is also a unique experience; however, reservations should be made for this tour as they often sell out in advance.  This tour takes visitors to the upper levels of Monticello, where visitors glimpse more unique architecture and learn about Jefferson’s life and current restoration efforts at Monticello.

Guided historical tours, run by students, are offered at the University of Virginia.  These tours begin in the Rotunda, in the Lower East Oval Room.  These tours run every day except for the time period of students’ summer recess, winter break, and exam week.  Tours last approximately one hour and cover the rotunda and the academical village.

From Washington D.C. and other northern locations, take Interstate 66 heading west.  Exit onto U.S. 29 heading southward toward Gainesville.  Continue on U.S. 29 into the city of Charlottesville.   Take the U.S. 250 West/U.S. 29 South Bypass and follow it to 64 east.  You will exit Interstate 64 at 121A, getting on VA Route 20 heading south. When you reach the second stoplight, make a left onto Route 53.  Continue for approximately 1.75 miles.  After passing the Saunders Bridge, you will exit right onto a road that leads to Monticello

From Richmond and other eastern locations, take Interstate 64 West.  Take Exit 121 to Charlottesville.  When you reach the end of the exit ramp, you will turn left on VA Route 20 heading south.  At the second stoplight, you will turn left onto Route 53, then follow this road for 1.75 miles.  After passing the Saunders Bridge, you will exit right onto a road that leads to Monticello.

From Staunton and other western locations, take Interstate 64 heading east and exit at 121 A.  Then, follow the same directions from Richmond.

If you are coming from Lynchburg and other southern locations, take U.S. 29 north toward Charlottesville.  Then, follow the above directions from Staunton.

To the University of Virginia:

From I-64, take exit 118B to the Route 29/250 Bypass.  After you drive approximately 2 miles, take the ramp for Route 250 east.  Turn right and follow Ivy Road.  When you reach the fourth stoplight, make a right onto Route 29.  Continue for another ½ block and make a left into the University of Virginia parking garage.

If you are taking I-66 from Northern Virginia, exit onto Route 29 South, continuing to Charlottesville.  Pass University Hall on the right and continue going straight through the next traffic light.  Then, continue another ½ block and turn left in the University parking garage.