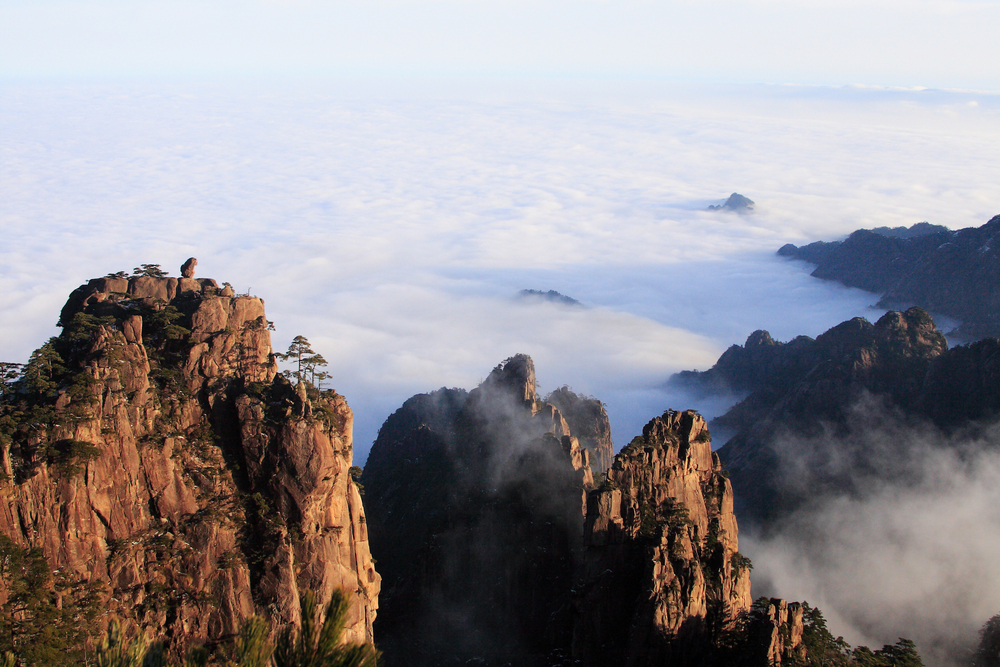 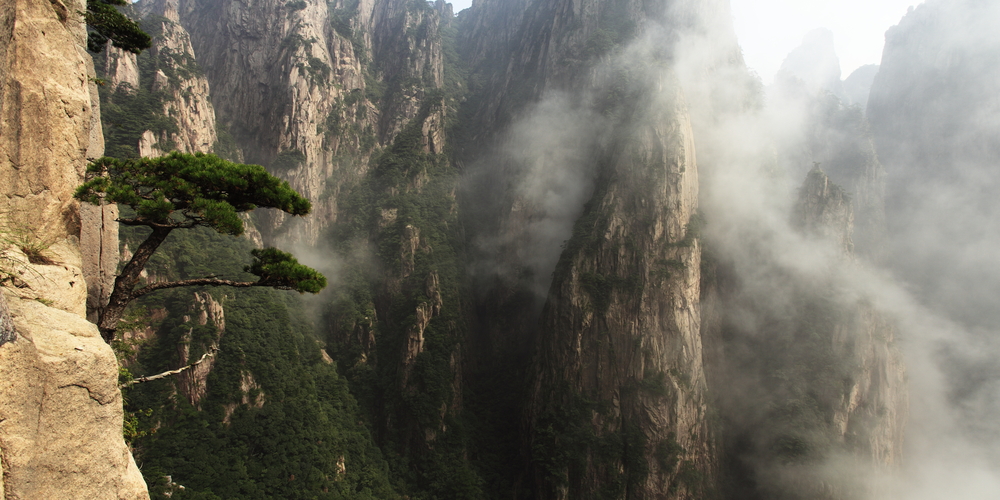 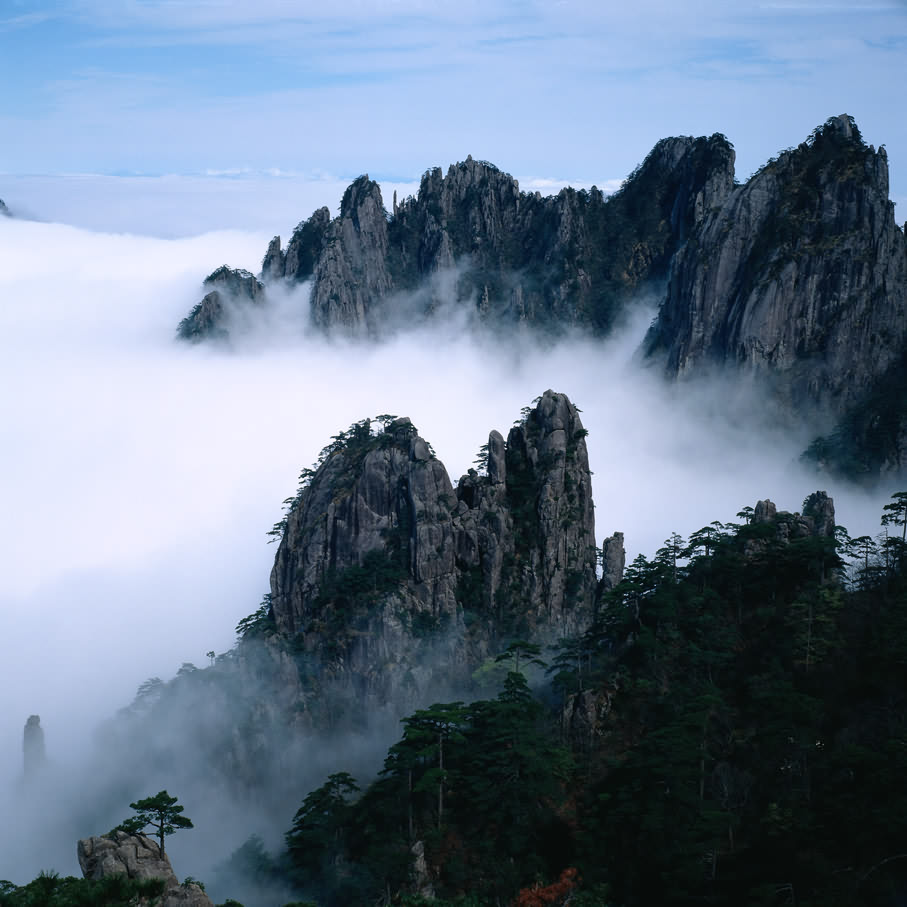 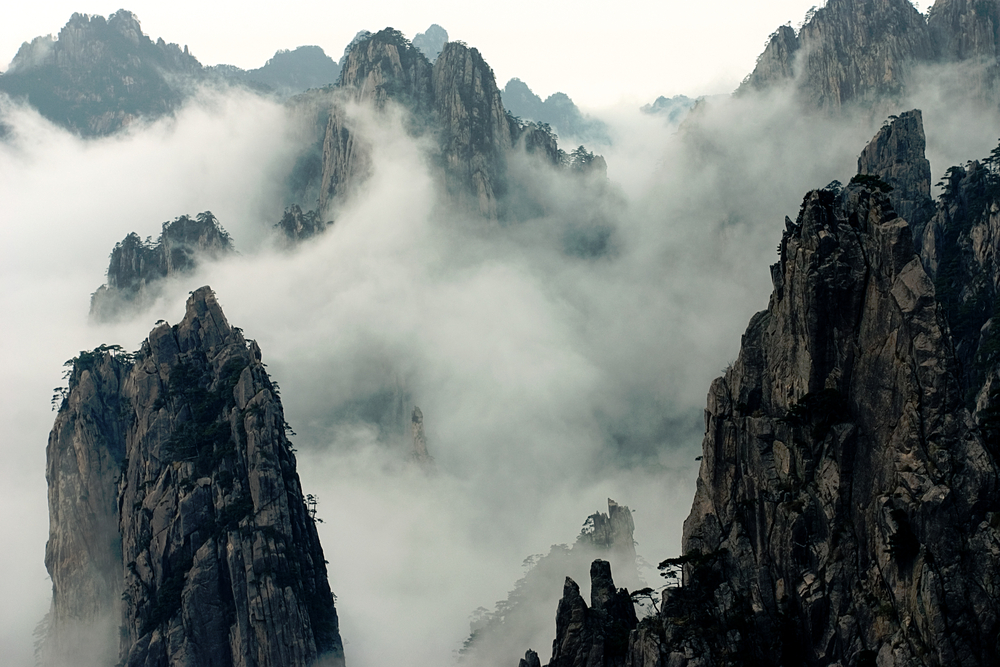 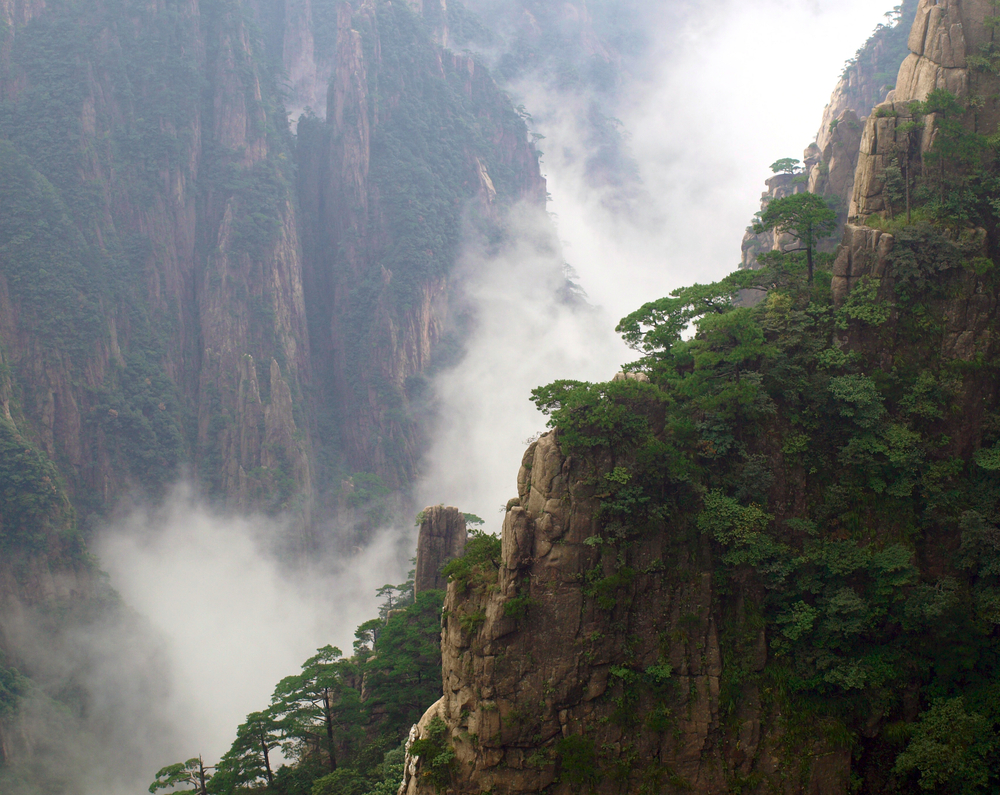 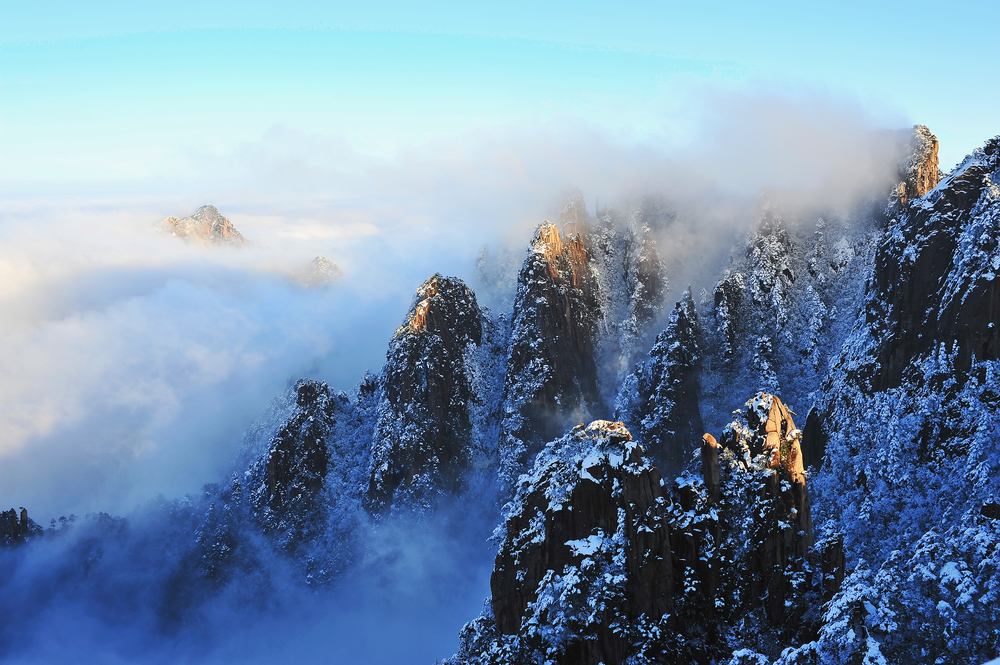 Mount Huangshan is well-known for its spectacular scenery and is therefore possibly the most famous mountain in China. It is home to magnificent grotesquely-shaped formations of rocks as well as forests. The natural beauty is magnified by natural mists and clouds. The area around Mount Huangshan is also home to numerous threatened and rare species of flora and fauna. Many of these plants and animals are native to the locality. Mount Huangshan is considered to be one of the foremost attractions in China along with the Yangtze River, Yellow River and Great Wall.

Mount Huangshan is situated in the southern area of Anhi Province. It is situated approximately 248.5 miles away from the East China Sea. Its core area occupies an area of 15,400 ha with a encompassing buffer zone of 14,200 ha. The impressive landscape is home to spectacular mountain peaks of which 77 are higher than 1,000 meters. The initial formation of these peaks dates back to approximately 100 million years ago during the Mesozoic Era. It was during this time that the Yangste Sea of antiquity vanished upon the movements of the crust and resulting uplift of the land. The Quarternary Period is evidenced by striations, u-shaped valleys and massive boulders of later glaciation. There are also many stone pillar forests as well as caves, grotesquely-shaped rocks, hot springs and lakes.

There is also a diverse array of vegetation represented in the area including the damp forest beneath 1,100 meters, dedicuous forest from 1,100 to 1,800 meters, and also alpine grassland growing above the treeline of the mountains. In addition, numerous varieties of flora inhabit the area including 1,650 species. In fact, over half of China’s pteridophyte or fern families and one-third of its bryophyte or moss and liverworts families grow the area. There are also 13 pteridophyte and 6 other higher plants that are native to Mount Huangshan. Of these, numerous rare local and national species are in danger of total extinction. Of the vertebrate fauna, there are about 300 species of which 38 are reptiles, 24 are fish, 170 are birds and 20 are amphibians. The clouded leopard or Neofelis nebulosa and the Oriental white stork or Ciconia boyciana are among 13 species under the official protection of the state.

The four wonders of Mount Huangshan, or Yellow Mountain, are the absurd stones, hot springs, strange pines and sea of clouds. The strange pines that sprinkle the landscape are so named because they cannot grow upright due to the bumpy landscape. The absurd stone are so called since they resemble birds, humans or animals, which can change depending on from which angle they are viewed. The sea of clouds are sectioned off into the South Sea, West Sea, East Sea, Sky Sea and North Sea. From the summits of Heaven Capital Peak, Lotus Peak and Bright Peak, the clouds can be seen from above. The hot springs are located at the Purple Peak at 2,789 feet above sea level. According to legend, Huang Di, after which the mountain is named, soaked in the hot springs for 49 days prior to his ascension into heaven and subsequent immortality.

Also of note are three giant waterfalls including the Renzi Waterfall, Nine-dragon Waterfall and Baizhang Waterfall.

The site itself has been partitioned into five protection zones and six tourist by the managing officials. Development and construction is not allowed in this area or in the buffer area if it takes away from the aesthetic element of the landscape or could harm the local environment. However, due to the large number of tourists, some of the scenic sites have been damaged.

To see the clouds, it is advised to visit from September to May following rain, snow or on a clear day.

In 747, the site was officially given the name of Huangshan by imperial decree in honor of Huang Di who, according to legend, was the ancestor of the peoples who created pills of immortality. As a result, celebrities and literary scholars frequented the site. 64 temples were built on the mountain by the termination of the Yuan Dynasty in 1368. In 1979 alone, more than 280,000 visitors toured the site.

The site was named “a site of scenic beauty and historical interest” by China’s State Council in 1982. Measures to protect the area were originally implemented in 1935 with the delimitation of the Mt Huangshan administrative area. It is the boundaries created during this configuration that transferred over to the UNESCO World Heritage designation. To better preserve and maintain the area, the Huangshan Municipality under the Anhui Provincial government was created. The site derives its legal protection from the state’s forestry law Provisional Regulations Concerning Scenic Beauty and Historic Interest Sites, as well as Environment Protection Law. The initial provincial regulations in relation to the Conservation of Huangshan Scenic Beauty and Historic Interest Site were initially put in place on April 13th, 1989. On September 28th, 1987, additional regulations were promoted for the prevention of fires and protection of the forest.

Cable car tickets can be purchased that take visitors to Cloud Valley, Jade Screen and Taiping. Ticket prices are higher in March 1st to November 30th and lower during the December 1st to February 28th season. It is advised that visitors plan to stay for two to three nights.