Masterful mix of engineering and archaeology 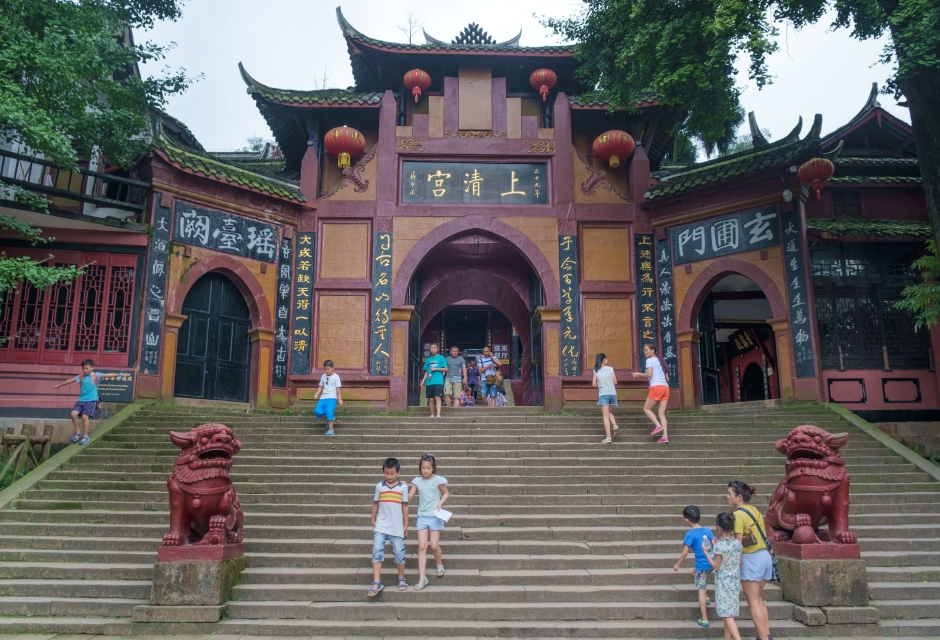 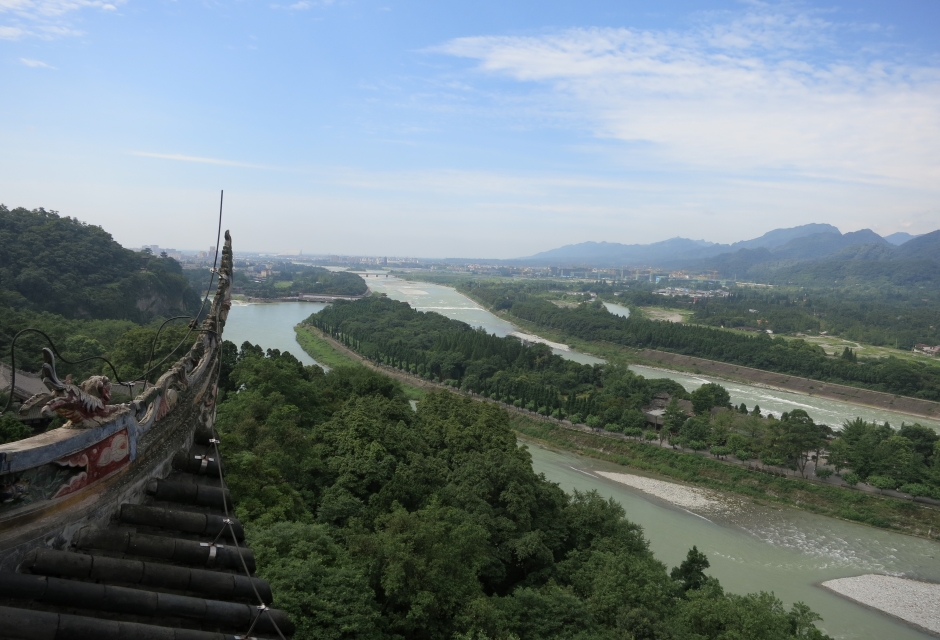 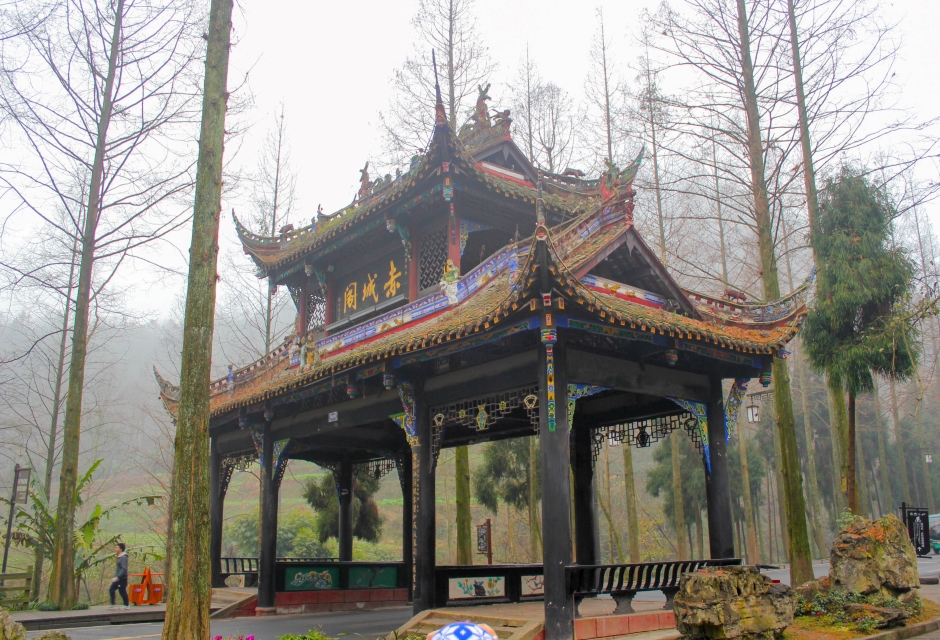 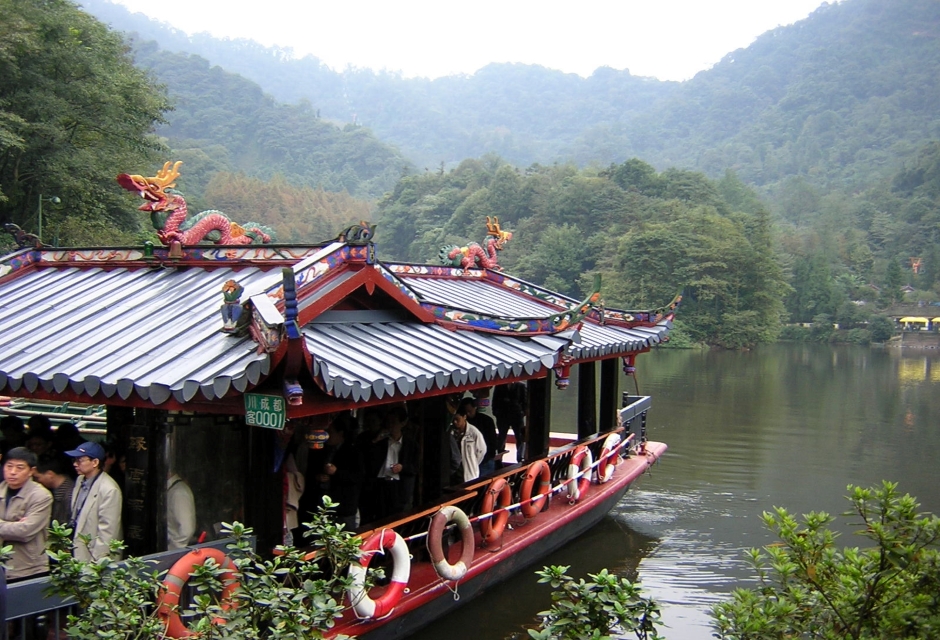 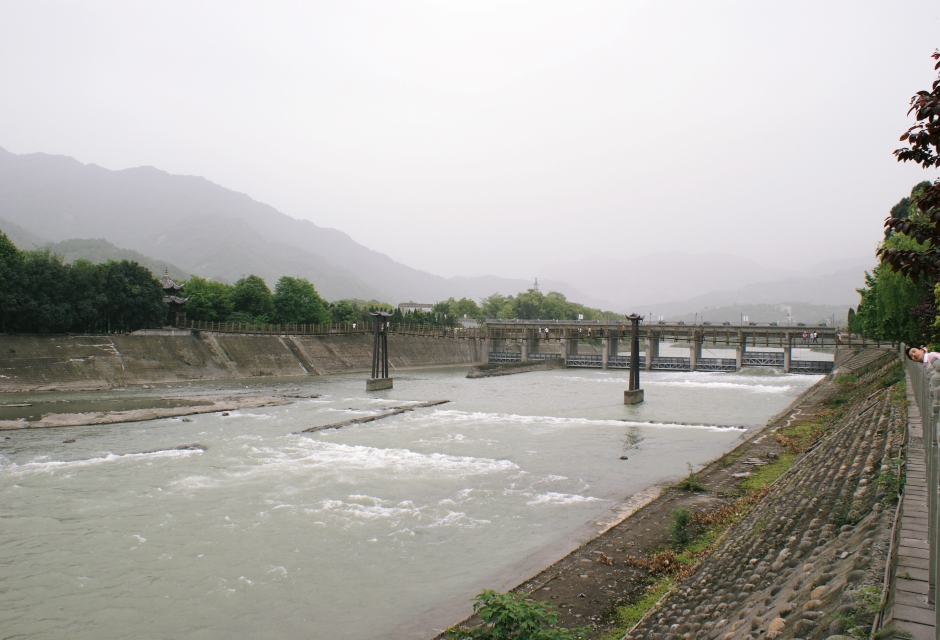 Introduction to Mount Qingcheng and the Dujiangyan Irrigation System

The Dujiangyan Irrigation System is distinctive because it functions without utilizing dams and is therefore a masterful work of water preservation engineering in China. The system utilizes the slope of the land from the northwest to southeast, the water table, regional topography, and river possibilities. The initial developers of the system employed technology that channels the water without the use of automatic irrigation or dams. This network of diversion, integrated embankment, water consumption, and flood constraint has been utilized for over 2,250 years to the present day. This irrigation system was constructed based on the concept of utilizing natural resources to benefit mankind without destroying or excessively depleting them. Therefore, the ecological engineering at this site is one of the best in the world.

Mount Qingcheng is situated south of the Dujiangyan Irrigation System. At its eastern base are the ruins of Mangcheng of the Neolithic era. These remains are approximately 4,500 years old and offer rare and significant evidence for the Shu Kingdom. Mount Qingcheng is also noteworthy as one of the 18 holy rivers and mountains in China that are used for sacrifices.

The Dujiangyan Irrigation System is composed of dual primary parts: the irrigated region and the Weir Works. The Weir Works is situated at a height of 726 meters, which is the topmost spot of the Chengdu plain. It is located one kilometer away from the city of Dujiangyan and is the core of the irrigation system. It has 3 central parts: the Feishayan Floodgate, the Baopingkou Diversion Passage, and the Yuzui Bypass Dike. The Feiyashan Floodgate is 240 meters in length and 2 meters in height, and is located at the lower extremity of the V-shaped Dike and Yuzui Bypass Dike. Its primary purpose is to shift overflow to the Outer Canal from the Inner Canal with the assistance of pebbles and silt. The Baopingkou Diversion Passage is situated between the Lidui Platform to the south of the city of Dujiangyan and the cliff across from it. “Baopingkou” translates to “Treasure Bottle Neck” due to its structure with measurements of 18.8 meters in depth, 28.9 meters in width, and 36 meters in length. There is also the Baizhang Dike that is an supplementary work upstream of Yuzui and on a flank of the Inner Canal. It was initially made of bamboo gabions packed with stones, but was made into concrete and stone in 1964 after severe flooding. The same was done to the Erwang Temple Watercourse and the V-Shaped Dike.

Mount Qingcheng reaches an impressive altitude of 2,434 meters. It is famous for its “Secluded Elegance” due to its beautiful and peaceful environment. The 11 Taoist temples on the mountain are important in that they reflect the architecture of western Sichuan and not that of the Imperial courts.

Located to the west of the city of Dujiangyan is the Erwang Temple, formerly the Wangdi Temple. From 494 to 498, it was relocated to Pixian County by the Governor of Yizhou County, Liu Ji, and given the name Congde Temple. At the time of the Song Dynasty from 960 to 1279, it was greatly expanded. Subsequently, it was vastly rebuilt in the 1600s. On the Lidui platform, the Fulong Temple was constructed in the 700s. It contains 3 halls with significant works of art. The Changdao Temple, or Tianshi Celestial Cave, was constructed in 730. It was at this location that the creator of Toaism, Zhang Ling, proclaimed his beliefs at the time of the latter Eastern Han Dynasty of 206 BCE to 220 CE.  The Jianfu Palace is another noteworthy Taoist structure that was built in 730 and rebuilt in 1888.

There is also a Neolithic community at Mangcheng in the township of Qingcheng. It occupies approximately 120,000 square meters.

Dujiangyan was chosen as the location for an irrigation system in 256 BCE by the Shu Kingdom magistrate of the Qin Dynasty, Li Bing, because it is the Minjiang river’s mountain outlet and therefore has a plentiful flow of water. Subsequently, the nearby farmland was irrigated by this system. In order to achieve this, canals were dug to prevent flooding, the Lidui platform was cut, and a navigation passage was made. The magistrate Wen Weng further expanded the system in 141 BCE.

The Chengdu plain was supplied with a system of canals and weirs at the time of the Tang Dynasty from 618 to 907. The Mizao, Baizhang and Tongji embankments and the Wansui pool were also created.

At the time of the Song Dynasty from 960 to 1279, this system was shaped into 3 canals, 3 primary waterways, and 14 offshoots in conjunction with a synchronized agenda of water regulation and maintenance.

At the time of the Yuan Dynasty of 1206 to 1368, embankments were buttressed with iron bars. Future building projects were executed up through the Ming Dynasty of 1368 to 1644.

The history of Mount Qingcheng is closely linked with Taoism. In fact, the doctrine of Taoism was established by Zhang Ling in 142 CE on Mount Qingcheng. This philosopher even set up his home at the Celestial Cave of the Tianshi, which became the designation of the Taoist spiritual leader. Numerous Taoist temples were constructed on Mount Qingcheng at the time of the Jin Dynasty of 265 to 420. The mountain was a focal point of Taoism during this period and also again during the early years of the Qing Dynasty in the 1600s.

The climb to the top of Mount Qingcheng takes approximately 3 hours. An alternate way to get up the mountain is by sedan chair. There is also a boat that takes visitors to a rope-way after crossing the lake.

It is possible to fly into Chengdu International Airport, which is located a little bit away from the center of Chengdu City. It provides flights from and to major and select minor cities in China as well as international cities such as Bangkok, Kuala Lumpur, Osaka, Amsterdam, Hong Kong, Phnom Penh, Singapore and Seoul. Bus number 303 goes to the center of Chengdu. There are also trains running from Chongqing, Kunming and Xi’an. In the area are taxis, pedi-cabs and bicycles for hire. From the Chadianzi Bus Station in Chengdu, buses go to the front entrance of Qingchengshan-Dujiangyan National Park. The trip lasts approximately 1.5 hours.