A fantasy landscape of eroded 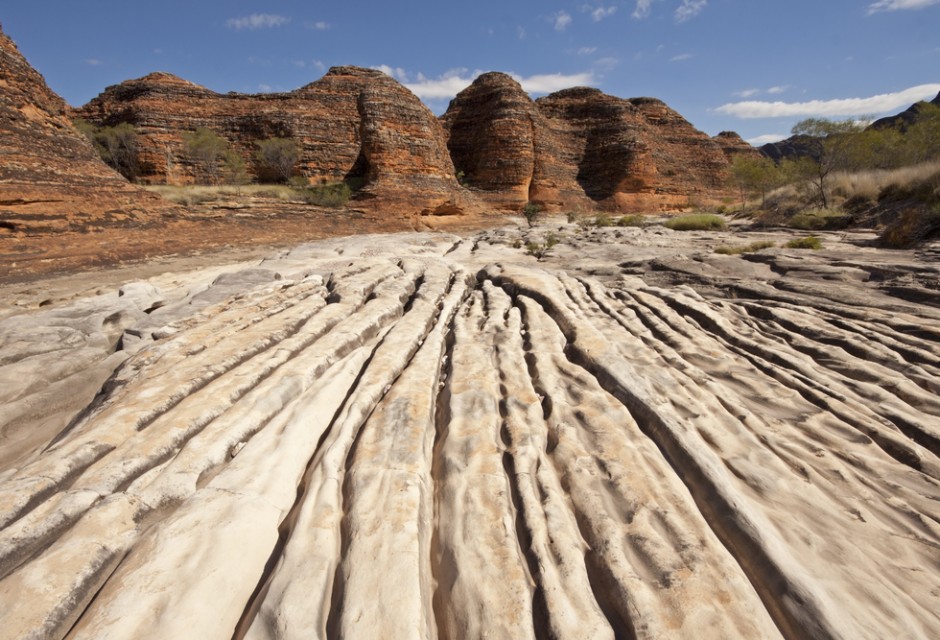 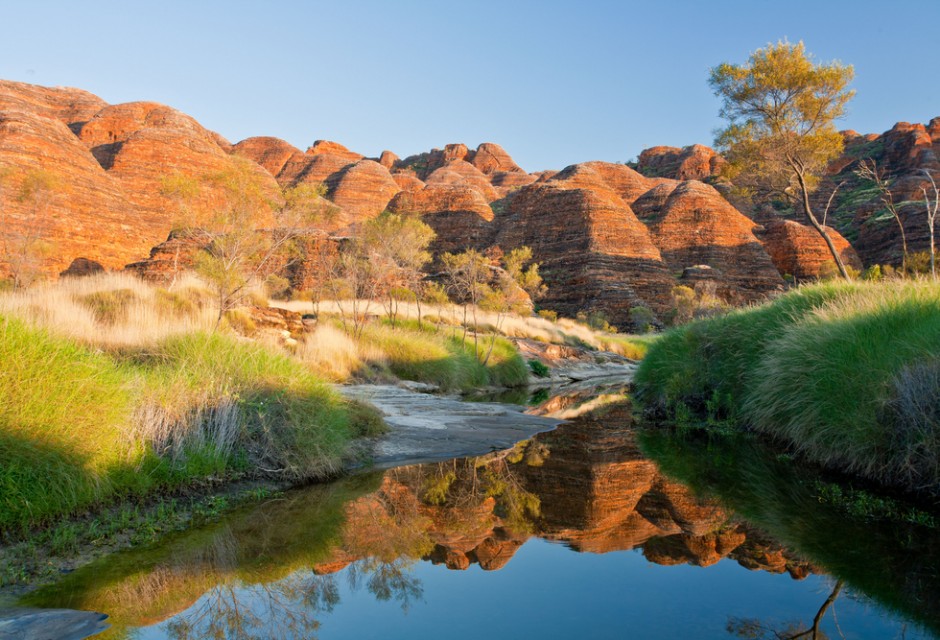 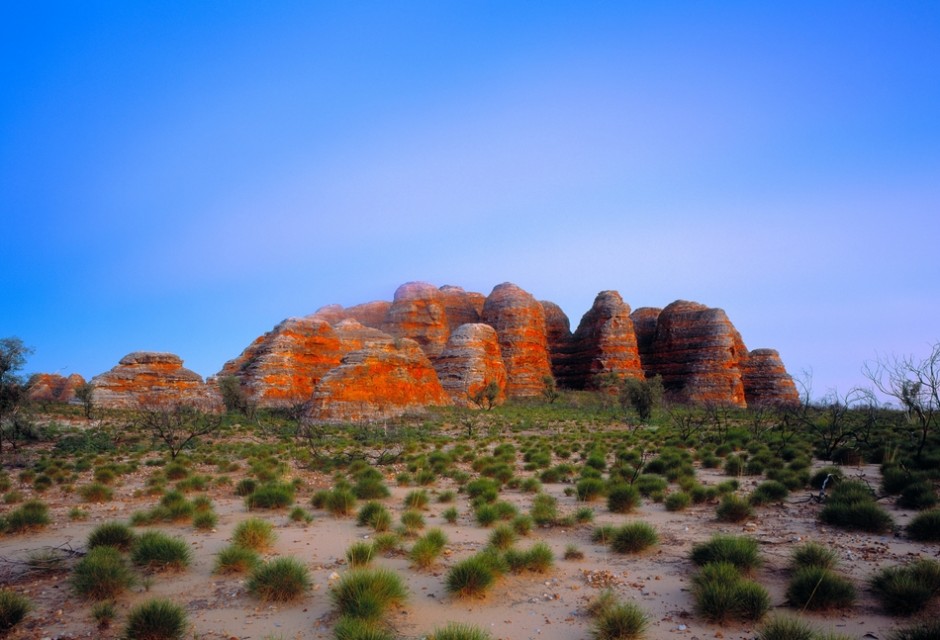 Purnululu National Park is in the Australian state of Western Australia, and is about 240,000 hectares in size. The park includes the Bungle Bungle Mountain Range made up of quartz sandstone from the Age of Devon that has eroded over millions of years into a group of cones in the shape of beehives. The surfaces of the cones are steeply sloped and uniquely marked by regular horizontal bands of grey crust of cyanobacteria. A number of factors biology, geology, erosion, and climate – led to the formation of these unique cones. Purnululu National Park was inscribed on the World Heritage List in 2003.

Purnululu National Park is in the state of Western Australia, East Kimberley, and has a size of almost 240,000 hectares. The park has four distinctive ecological features:  Ord River valley in the park’s east and south; the Bungle Bungle Mountain Range, vast sand plains around the Bungle Bungles; and limestone ridges in the park’s west and north.

The Bungle Bungle Mountain Range is an excellent example of sandstone tower karst. The mountain range is an unusual plateau of quartz sandstone from the Devonian Age, made by a dynamic process involving sedimentation through to erosion. The Bungle Bungles are made up of a series of beehive-shape cones or towers with horizontal, grey bands of crust of cynobacteria. The plateau is cut by deep, sheer gorges of up to 200 metres. The cones have steep sides and domed peaks. They have a fragile surface which has been stabilised by iron oxide and bacteria crusts. The Bungle Bungles are an exceptional example of the formation of land through the weathering of sandstone by wind, rain and sheet wash.

The Ord River valley to the park’s east and south is deeply cut due to the uplifting of crust in relatively recent times. The vast sandy plains set along the river, next to the uplands, are made up of infertile dark soil covered over by grassland and sparse trees. The limestone ranges in the park’s west and Osmand Range in the north have more trees, especially in the forest area of the Osmand Creek valley. The limestone is believed to be from the Cambrian age (about 500 million years ago). Stromatolites are found in the Osmand range.

Purnululu National Park has a deep Aboriginal cultural heritage spanning some 20,000 years. The park is an excellent example the Aboriginal hunting and gathering tradition, which continues today despite colonisation.