Symbol of hope and freedom for a whole country 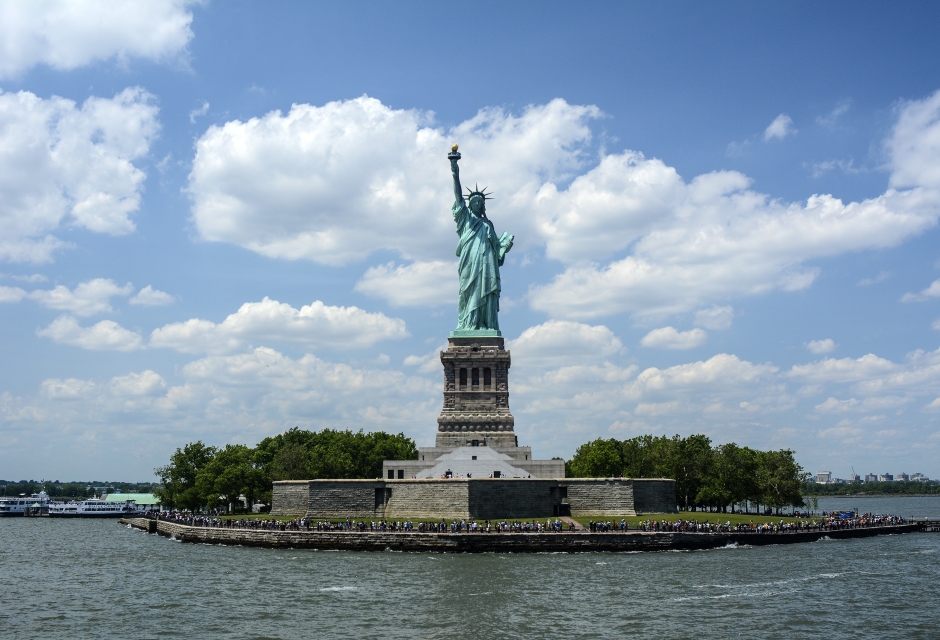 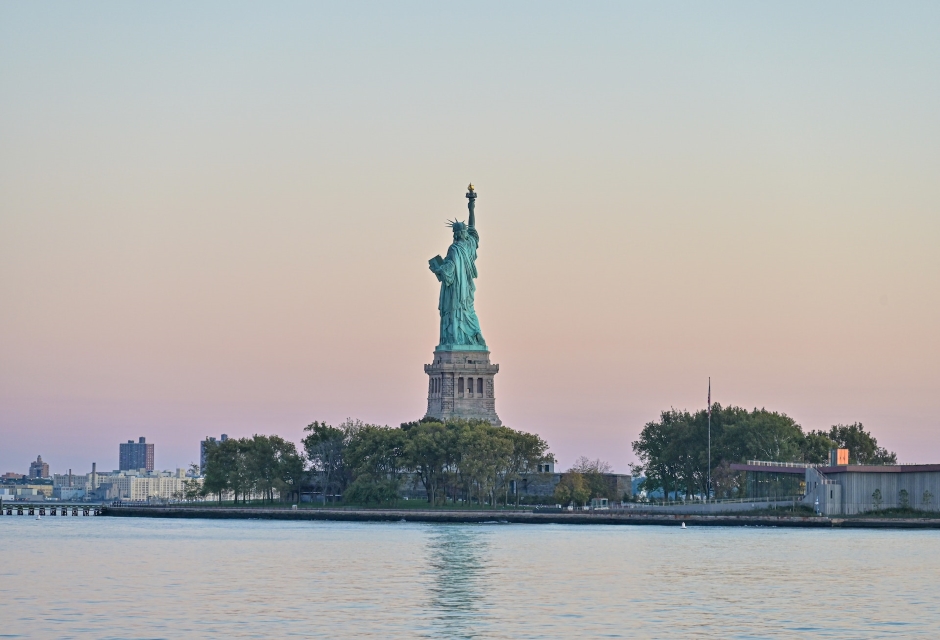 Introduction to the Statue of Liberty

An iconic American landmark, the Statue of Liberty stands at the entrance to the New York Harbor and, for decades, has been a sign of welcome to immigrants entering the United States. It is known world-wide as a symbol of freedom and liberty. This impressive structure is comprised of copper sheets attached to a steel framework and has a hollow interior. The Statue, which has a greenish hue due to the oxidation of its copper exterior, portrays a woman holding a book and a torch.

While an impressive structure, the Statue of Liberty also was constructed with symbolic meaning. The torch, made of copper and covered in gold leaf, is a symbol of enlightenment, while the rays atop her crown represent the seven seas and continents of the world. At the base of the lady’s feet are chains and broken shackles; these symbolize freedom from oppression and servitude. Lastly, the book which the lady holds in her hands is a symbol of law and order. Taken in context with the Statue’s full title, “Statue of Liberty Enlightening the World,” each of the symbols clearly represents American ideals and the hope that these ideals could become internationally recognized.

About 12,000 visitors are allowed to access the monument grounds each day.  These tickets can be purchased from ferry operators.  With these passes, visitors can explore the grounds of Liberty Island and take a close look at the Statue.  Audio tours are also available or visitors have the option of taking a tour led by a Park Ranger.

The highest point of access for the Statue of Liberty is the crown of the statue.  Only 240 people are allowed to access the crown per day.   The journey to the top requires climbing 354 stairs, the equivalent of an impressive 20 floors.

The conceptual inception of the Statue of Liberty came about in 1865 with Edouard de Laboulaye, who not only recognized the value of American democracy but also wanted the Statue to express his wish for a similar government in his own France.

A short time later, Frederic Bartholdi, a French sculptor, was given the task of designing the Statue.  Bartholdi commissioned Alexandre Gustave Eiffel, a French engineer, to build the steel skeleton that would hold the copper exterior.  Lastly, since the Statue was to be seen as a symbol of an American and French alliance, it was decided that the Americans would be responsible for the Statue’s pedestal.  Consequently, Richard Morris Hunt, an American architect, became responsible for this last vital piece of the iconic statue.  In 1886, France presented the Statue of Liberty to the United States in celebration of both the 100th anniversary of American independence, as well as a tangible symbol to the historic US and French alliance.

The Statue of Liberty arrived in the United States in June of 1885 and, after the construction of the pedestal, a dedication of the Statue took place on October 28, 1886. It is often hailed as a masterpiece of the 19th century, representing a union between architecture and art.

The park hours for Liberty Island are 9:30-5:00 and ferries operate within the same time frame.  Hours are extended during the peak summer season.  The Statue of Liberty on Liberty Island can only be accessed by ferries through Statue Cruises, which leave from two locations: Battery Park in New York and Liberty State Park in New Jersey.

To get to Battery Park from New York City, the most logical means of travel is public transportation, as parking is limited in lower Manhattan near Battery Park.  There are several options as far as subway is concerned.  Travelers may wish to take the 7th Avenue Line to the last stop, South Ferry; the Lexington Avenue Line 4 or 5 to Bowling Green; or the Broadway Line to Whitehall Street.  Traveling by bus is also another option: travelers will want to take busses M1, M6, or M15 to the last stop, South Ferry.  Lastly, if travelers do decide to travel by car and are coming from the East Side, they should take FDR Drive South and take Exit 1 South Ferry Battery Park.  If drivers are coming from the West Side, they should take Westside Highway South until they reach Battery Park.