The centres of Tibetan Buddhism 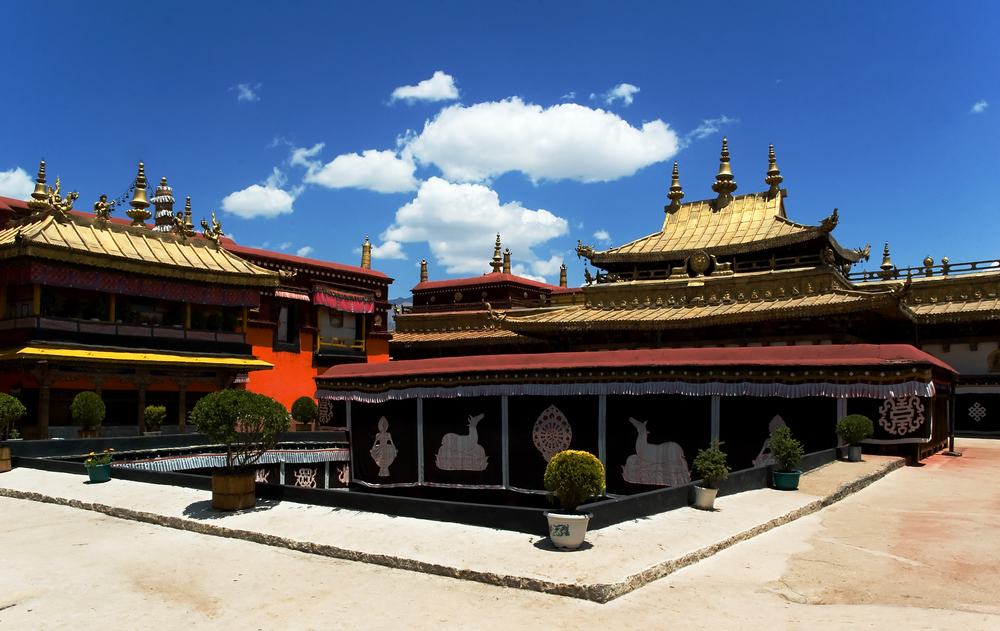 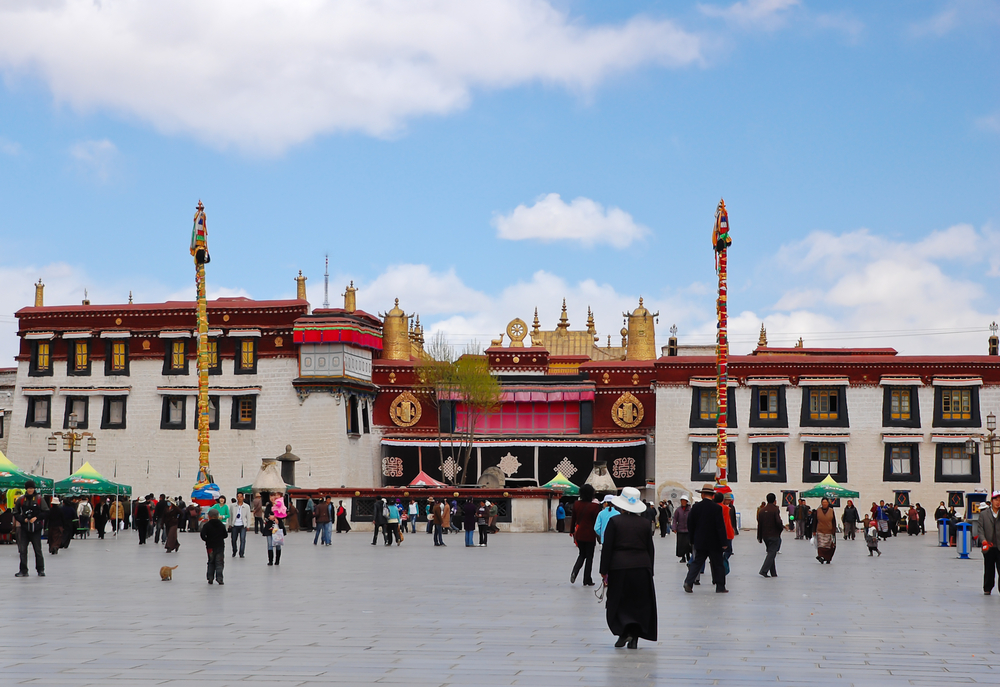 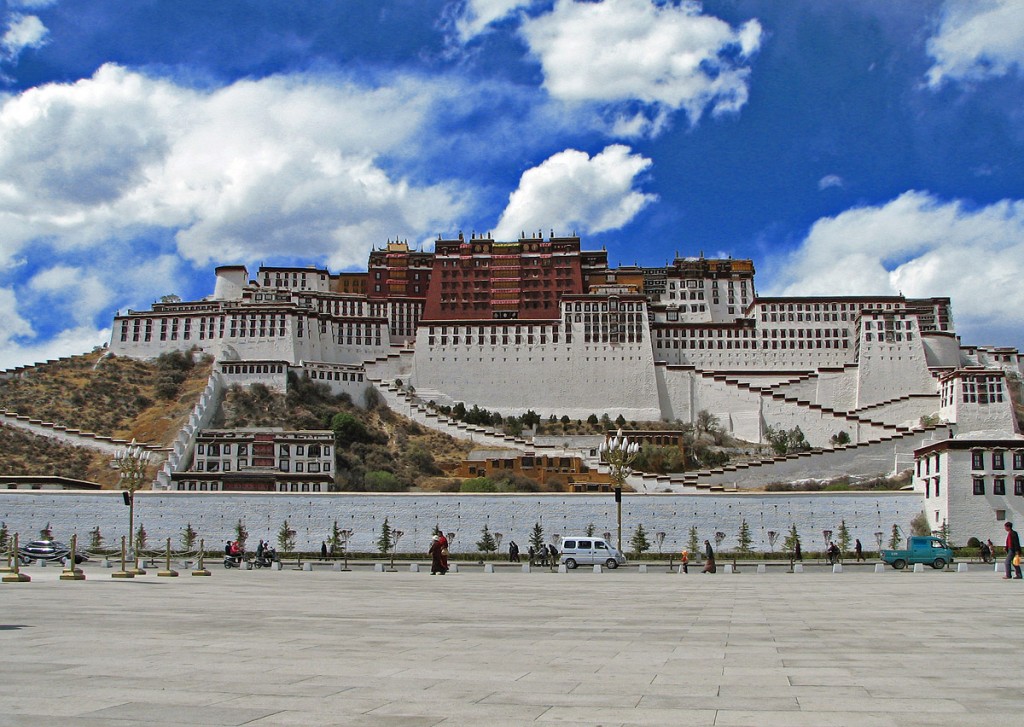 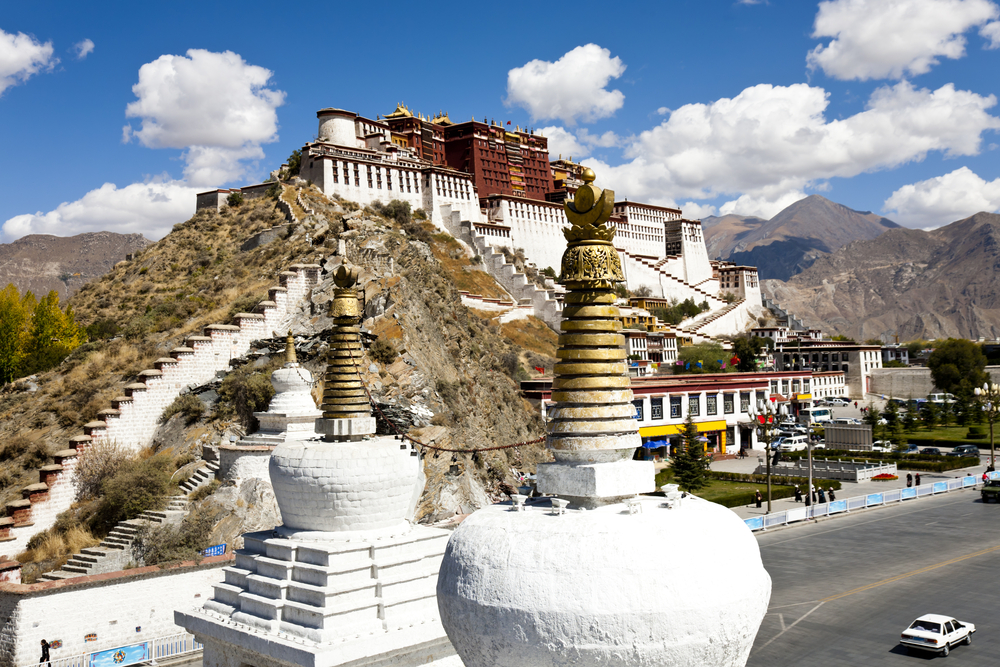 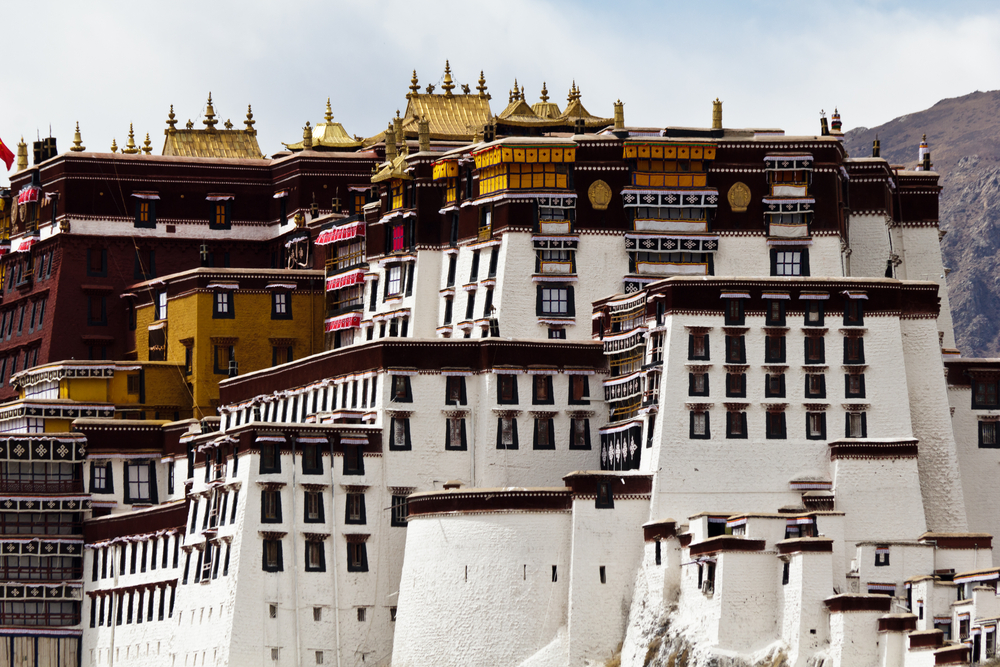 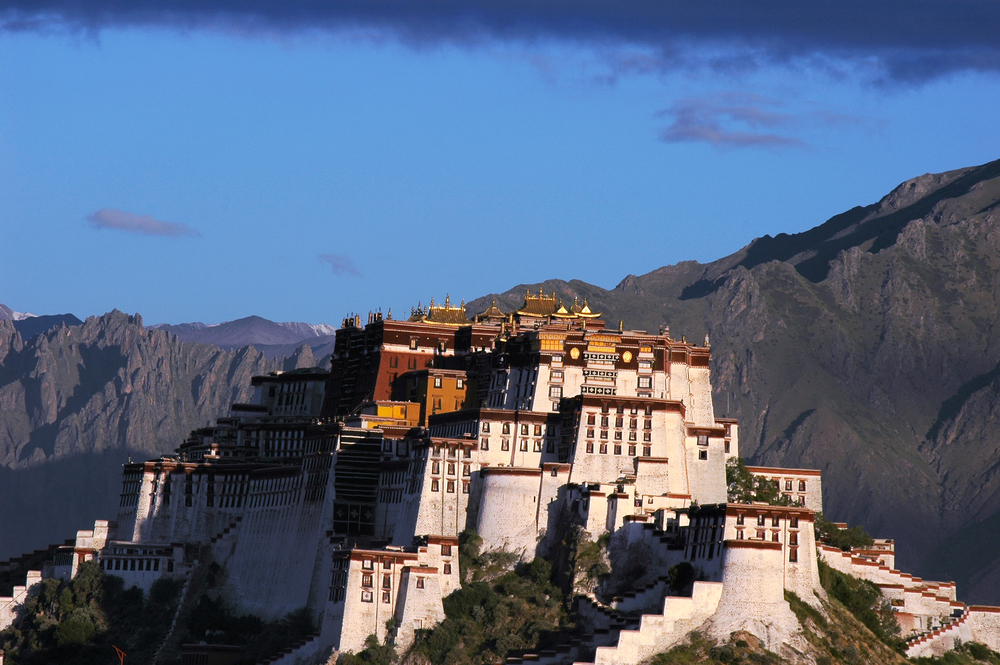 Introduction to The Potala Palace, Jokhang Temple and Norbulingka, Tibet

The Potala Palace, or “pearl on the roof of the world,” is considered to exemplify the impressive abilities of the Mongol, Han, Man and Tibetans, as well as the great accomplishments of metalwork, wall paintings, sculptures and civil engineering in Tibetan architecture. The Potala Palace is particularly beautiful because all of its buildings that were constructed at various moments in history, which have all been amalgamated together on the slope of a mountain.

The Jokhang Temple Monastery functioned as a significant player in the evolution of Buddhism in world history. This monastery has been particularly important in the history of Tibetan Buddhism because the Tibetan regime constructed it approximately 1350 years ago in order to foster religion in Tibet. This is reflected in the positioning of the statues, sutra and Buddhist halls, and monastery paintings.

Norbulingka was built in the 1700s by the seventh Dalai Lama and served as the regular dwelling of future Dalai Lamas. It is also referred to as the Summer Palace. In addition, the Dalai Lama would shift residences from the Potala Palace to abide in Norbulingka. Furthermore, all significant working departments of the local branches of the Tibetan government would also switch to working in Norbulingka. Therefore, all three locations exercised considerable sway in the society, culture and history of Tibet.

The Potala Palace is situated 3700 meters above sea level on the Red Mountain, which is in the middle of Lhasa valley. It spans over more than 130,000 square meters and is greater than 110 meters in height. The layout of the palace follows the precepts of a “round city” in Tibetan Buddhism. The White Palace occupies a region of 200 meters north-south and 320 meters east-west. This palace can be attained via a road that winds to a wide square, occupying an area of 1500 square meters, at the foreground of the palace. Located to the west of the platform is the primary structure of the White Palace. The main part is the East Main Hall, measuring 25.8 by 27.8 meters. It is in this location where every ceremony of significance was performed, such as the inauguration of the Dalai Lama. On the north flank of the halls is the Dalai Lama’s throne. On the walls of this throne are scenes illustrating historic and religious subjects. At the summit of the White Palace is the Dalai Lama’s residential rooms, which are made up of a hall of the guardian dharma deity, audience hall, bedroom, and dharma and sutra hall. Located to the west of the White Palace is the Red Palace, which functions as the location where the stupas, containing the remains of Dalai Lamas, are stored. The Red Palace’s striking size and numerous gilded stupas mix fluidly with the White Palace, giving an austere yet spectacular aura to the Potala Palace.

The Jokhang Temple Monastery occupies a space of 2.5 ha and is situated in the middle of the old town of Lhasa. It is composed of a courtyard, porch of entry and Buddhist hall. These are encircled by residences for the monks and houses for storing goods and supplies. The structures were made of stone and wood. The walls of the buildings are composed of coursed stone with black-framed windows in the Tibetan style.

Norbulingka is situated on the Lhasa River’s banks, which is approximately 2 kilometers to the west of the Potala Palace. Norbulingka translates as “treasure garden.” It is home to an expansive garden containing numerous halls, palaces and pavilions occupying an area of 36 ha. It is divided into 5 groups: the Gesang Palace, the Tsoje Palace, Jensen Palace, Shabucho Monastery and the Tagtan Migyur Palace, also known as the New Palace. The New Palace is home to a small scripture hall containing beautiful 301 murals illustrating the history of Tibet.

The Potala Palace was built during the period of Songtsen Gampo of the Tubo or Thubet Dynasty in the 600s CE. The palace was reconstructed by the fifth Dalai Lama in the 1600s. This Dalai Lama changed residences from the Drepung Monastery to the Potala Palace and from that moment on, the palace has functioned as the center of government and the abode of subsequent Dalai Lamas. Its current scale and shape was attained in the ensuing years due to recurrent expansion and renovation projects.

The construction of the Jokhang Temple Monastery was commenced during the rule of Srong-brtsan-sgam-po XXXII in the 600s CE. At this time, the Tang Dynasty was ruling in China. This leader shifted the capital to Demon, known as Lhasa today, as well as joined all of Tibet together into one unified whole. Per local legend, the area for the Temple Monastery was chosen when a cart slipped into the mud near Wotang Lake while carrying the Sakyamuni statue. By utilizing divination to discover that the spot was that of the Dragon Palace, the Princess determined that the negative power could be resisted by the construction of a monastery. After beginning construction in 647, the base of the monastery was finished in a years’ time.

The area of Norbulingka at one time consisted of thick, verdant forest, smooth streams, and flora and fauna. It was also known as Lava tsel. The building of Norbulingka was initiated in 1751 beginning with the Uya Palace, which was the recipient of funding from the central government. More halls, pavilions and palaces were constructed by future Dalai Lamas. It also served as a summer home for these Dalai Lamas. The seventh Dala Lama is said to have frequently visited the spot in order to cure his physical ailments.

It is possible to walk around the Jokhang area, but there are also cycle rickshaws available.

Located approximately 50 kilometers from Lhasa is the Lhasa Gonggar Airport. The trip to the middle of Lhasa takes 1 hour. Flights are available from Chengdu, Guangzhou, Shanghai, Beijing, Xi’an, Zhongdian, Chongqing and Xining. In nearby Qinghai province, there are buses that go from Golmud. The Qinghai-Tibet, or Qingzang, railway links Golmud and Lhasa. To visit Lhasa, tours lasting 3-7 days depart from Kathmandu in Nepal. There are also buses at the front of the Jokhang Temple.