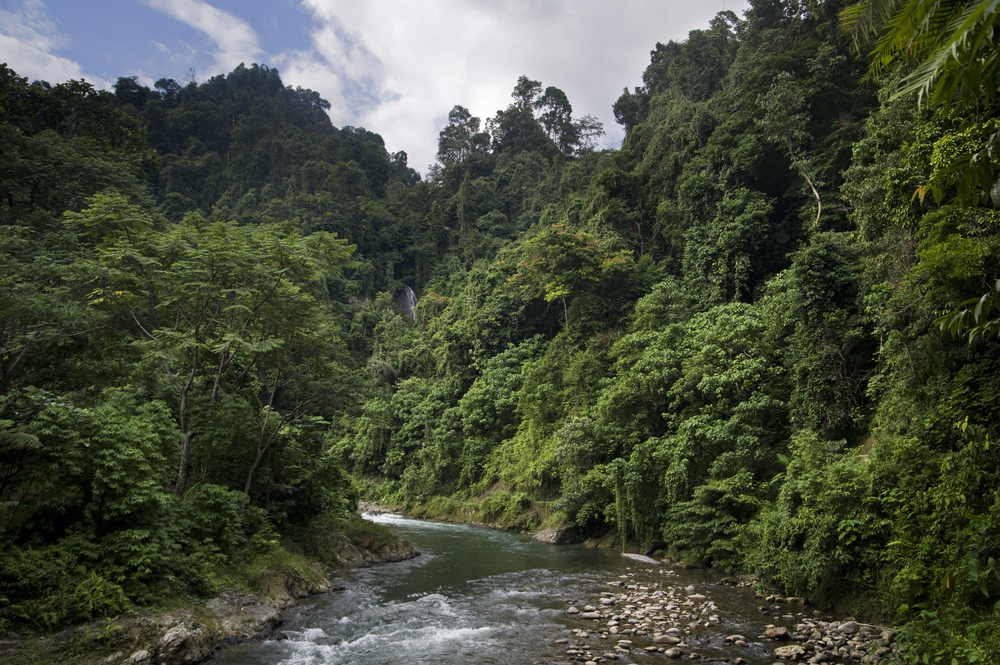 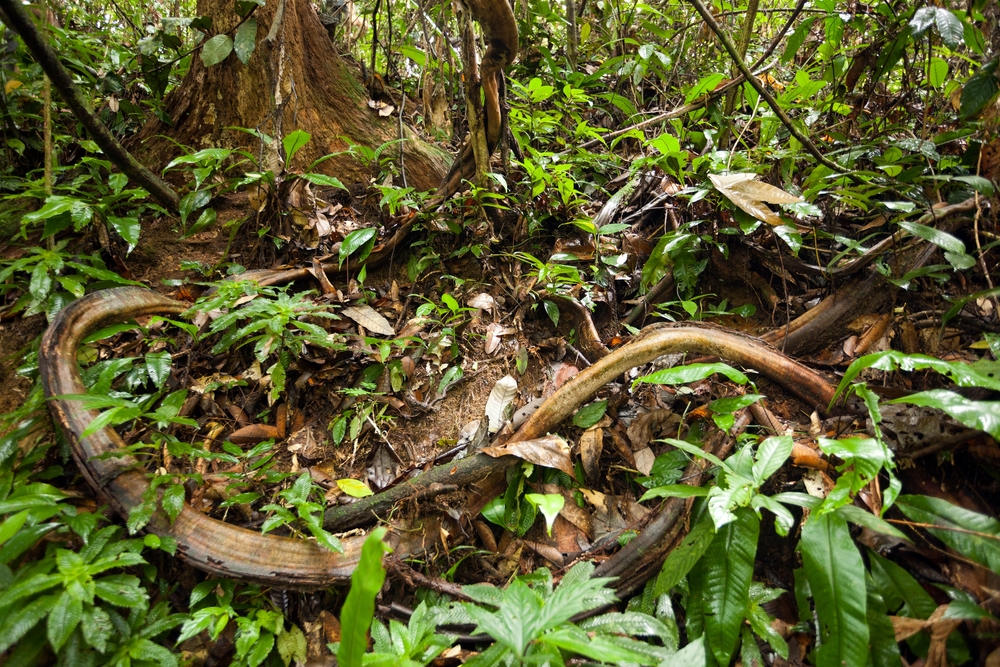 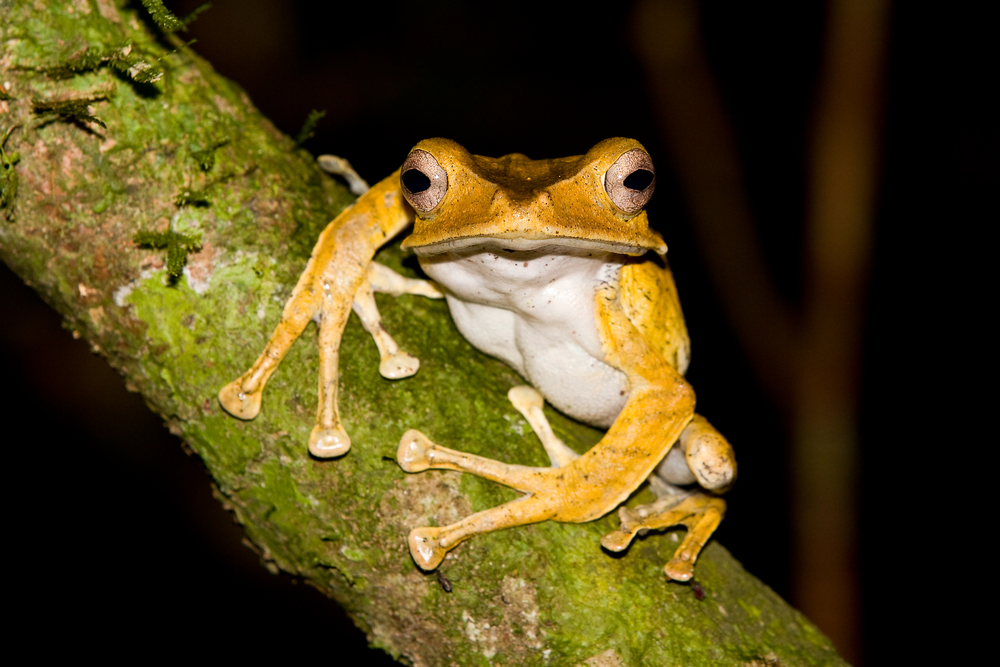 Introduction to the Tropical Rainforests of Sumatra

The Tropical Rainforest Heritage of Sumatra is actually three Indonesian National Parks on the Island of Sumatra. There are individually known as the Gunung Leuser National Park, the Kerinci Seblat National Park, and the Bukit Barisan Selatan National Park and together they cover 25,000 km2 of rainforest. The area of the rainforest is known as the Andes of Sumatra and it has magnificent mountain views. The rainforest area includes Lake Gunung Tujuh, the highest lake in Southeast Asia, the Giant Mount Kerinci Volcano, and many smaller volcanic, coastal, and glacial lakes in their natural forested settings. The parks encompass 50% of the known plant species in Sumatra.

The Tropical Rainforest Heritage of Sumatra is listed as a UNESCO World Heritage site under several criteria: for its outstanding scenic beauty; as an outstanding example of on-going ecological and biological processes; and because it contains important, significant natural habitats for in-situ conservation. The area represents a significant area of forest on the island of Sumatra, with a rich biodiversity of both lowland and mountain forest. It was also deemed important to protect the area as this was once a vast area of tropical rainforest which has been reduced to secluded areas in the last 50 years.

The area has high temperatures, high humidity and high rainfall for most of the year with temperatures between 21C and 28C and 60-90% humidity, especially high above 1700m in Gunung Leuser. The monsoon rains fall from November to May and are particularly heavy on the western side of Sumatra.

The details of each of the three parks which make up the Tropical Rainforest heritage of Sumatra are:

Gunung Leuser National Park is in the north of the island and is 150km long and 100km wide. It covers 862,975 hectares. Much of the area is steep mountain, running down to the coast. It has 11 peaks all over 2700m (8856 feet). The highest point is Gunung Leuser Mountain which is 3466 metres high. It has 174 species of mammals, 3 of which are endemic and 21 are listed as threatened. There are 380 species of birds of which 13 are endemic and 52 are threatened, including the Rueck’s Blue Flycatcher and the White Winged Wood Duck. Other important species found here are the orangutan, the Sumatran Rhinoceros and the Pig-tailed Monkey. Gunung Leuser is one of the last places in the world to see orangutan in the world. This National Park serves as one of the two remaining natural habitats for the Sumatran Orangutans (Pongo abelii).The small village of Bukit Lawang is most famous for its Orangutan Rehabilitation Centre. A jungle trek with a guide is a must at this national park.

In 1971, Herman Rijksen established the Ketambe Research Station, a specially designated research area for the orangutan. At the orangutan rehabilitation stations in Gunung Leuser National Park there is also the opportunity for jungle trekking and river rafting. Visitation has fluctuated with the political situation but the national park has averaged 15,490 visitors a year during the past five years, over half being foreigners. Threats come from illegal logging, agriculture, poaching and roads, along with mining and natural disasters. Fire is a serious problem as fires are set for land clearance. 1.5 million hectares was burnt in 1997.

Kerinci Seblat National Park runs for 350km along the Bukit Barisan, averaging 45 km wide and 2000 m above sea level. It covers an area of 1,375,349 hectares and is by far the largest part of the National Park. Most of the area is very steep and the high point is the volcano, Mount Kerinci, at 3805m (12,480 feet). It is the highest mountain in Indonesia. This important national park has 85 mammal species including the Bornean Clouded Leopard and the Asian Tapir. Of the 370 species of birds, 13 are endemic and 58 are threatened, including the Sumatran Ground Cuckoo and the Malay Sun Bear. The park has averaged 3,799 visitors a year between 1993 and 2001. The park has hot springs, caves, rivers with rapids and scenic waterfalls.

Bukit Barisan Selatan National Park is a similar strip of rainforest, 350km long and 45kmwide on average. It covers a total of 356,800 hectares in the south of the island. Part of the area is rocky and some is coastal cape. It has many lakes, hot springs and rivers which run down to the sea. It has 98 mammals, the most important being the Sumatran elephant which has declined 75% in number. It is also home to 60-85 Sumatran rhinos and 40 Sumatran tigers. It has 59 reptile and amphibian species including leatherback turtles. From 1995 to 2001 this park had an average of just 331 visitors a year.

Protection of this valuable area began in 1914 when the Acehnese requested protection of the forests in the Aceh province. In 1934 Gunung Leuser Wildlife Reserve was established and later enlarged. In 1971-1973 two private orangutan rehabilitation and research stations were set up and in 1980 Gunung Leuser became a national park by forestry decree. In 2003 a flash flood hit Bukit Lawang and wiped out much of the infrastructure and local tourism. The village and orangutan centre were rebuilt in 2004.

The three areas together became the Tropical Rainforest Heritage of Sumatra and were listed as a UNESCO World Heritage Site in 2004.

All three parks lack planning and adequate infrastructure to be properly promoted for tourism. Poor roads and security issues also have put this area off the beaten track for most visitors to Sumatra. All the Parks plan to develop ecotourism in the future and plan some sustainable use by locals.

By Bus to Gunung Leuser:

By Car to Gunung Leuser:

Kerinci Seblat has accommodation, interpretation boards and a trail.

Kerinci Seblat National Park may be reached through international and domestic flight connections serving the provincial capitals of Padang, Jambi and Bengkulu. These cities are within a 5- to 8-hour drive from the town of Sungai Penuh. Located 275 km from Sungai Penuh, Padang is the best gateway to the Park.

Local buses run when full and are not air-conditioned. Air-conditioned mini-buses provide a more comfortable and quicker journey, and will pick up and drop off passengers at specified locations. ‘Lokets’ at the central bus station sell bus and travel tickets. Most hotels can book tickets for a mini bus service.

Bukit Barisan Selatan National Park has four cottages, a guest house, a dock with 2 speedboats, an information center, a campground, 2 shelters and 13 km of trails.

There are several ways to enter the Park.

Buses run to Liwa or Krui. Kubu Perahu lies 6km from Liwa. For Suwoh take the bus from Bandar Lampung (station Rajabasa) to Kota Agung. From Kota Agung minibuses go to Sedaya. From Sedaya take an ojek (motorcycle) to Suwoh. This trip is only possible during the dry season.

For Sukaraja travel the same way to Sedaya. From Sedaya take an ‘ojek’ motorcycle to Sukaraja Atas. Tampang-Belimbing is the most developed area of the park. Take the bus from Bandar Lampung to Kota Agung. In Kota Agung go to the harbour by minibus and take the boat along the coast to Tampang. The boat trip will take 5-7 hours.