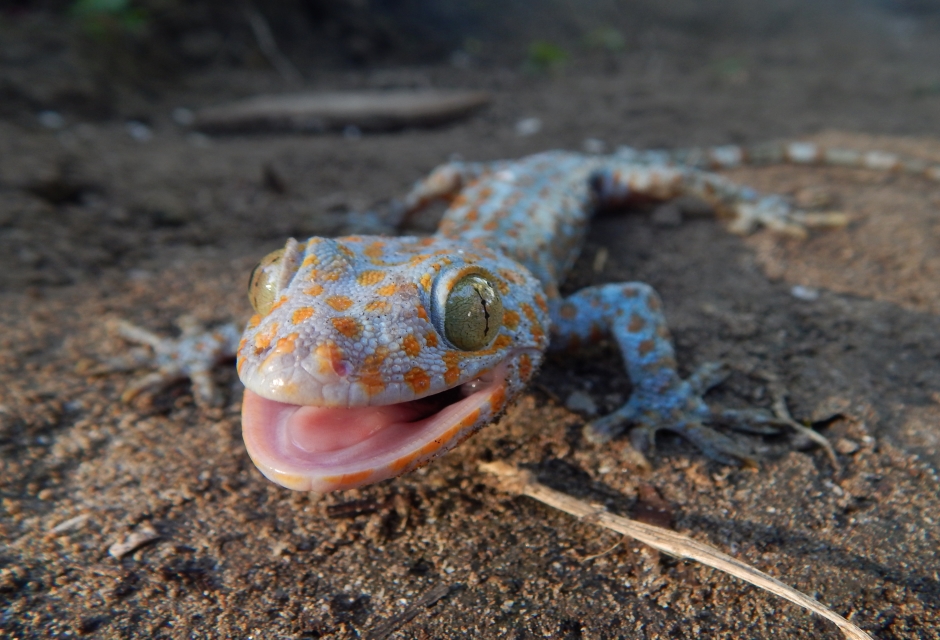 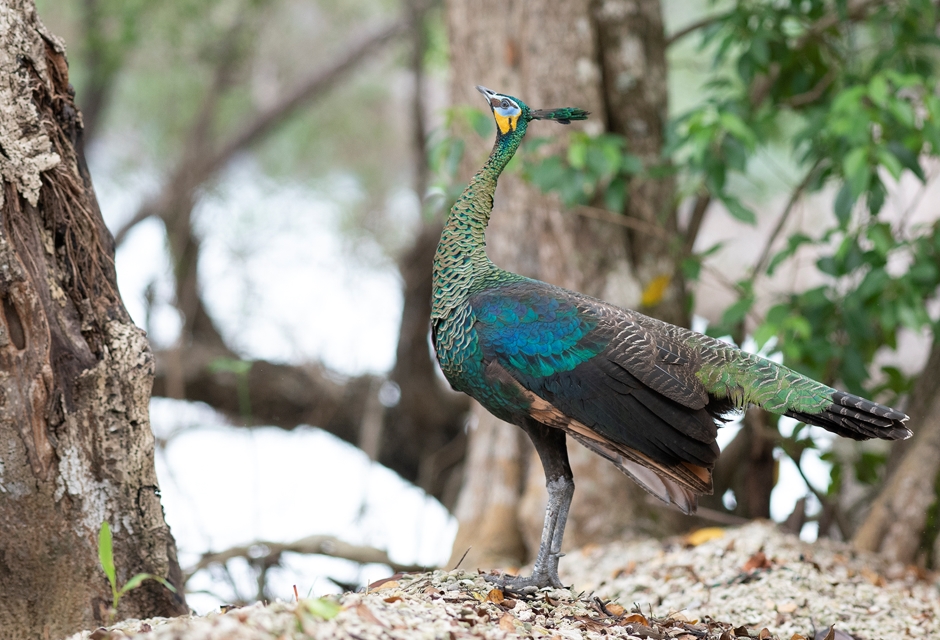 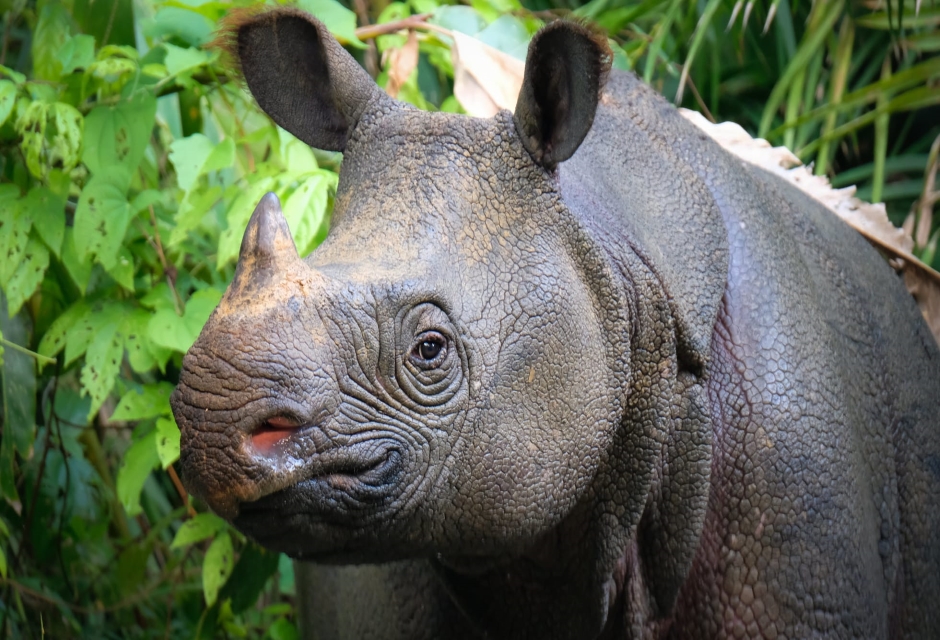 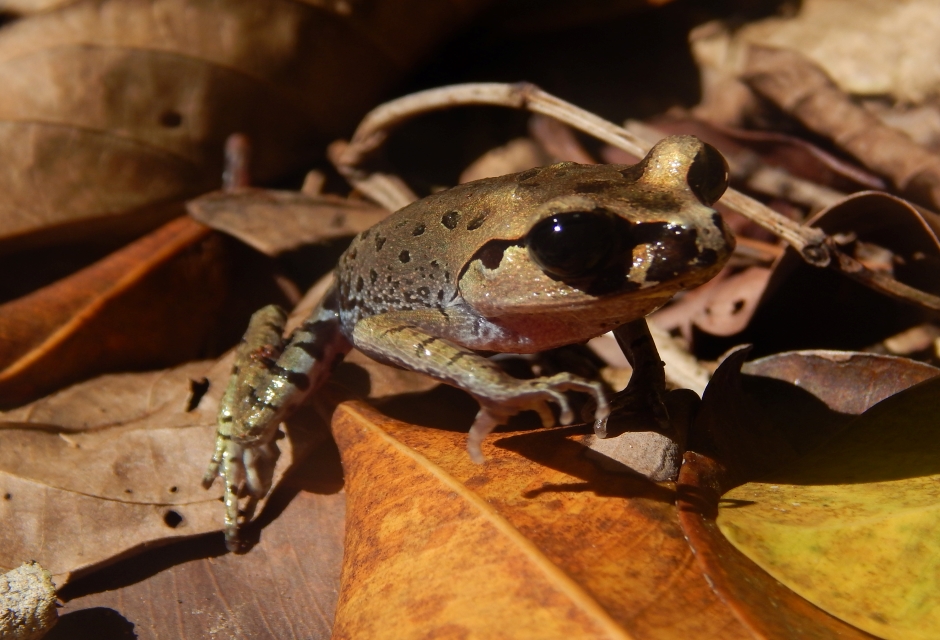 The Ujung Kulon National Park is located on the south-western tip of Java on the Sunda shelf. It is in the Banten province, formerly West Java. This lush jungle park is connected to the mainland by a narrow, swampy isthmus. The lowland forested national park covers an area of 1206 km2 and includes the volcanic islands of Krakatau volcano, and the islands of Panaitan, Handeuleum and Peucang. Ujung Kulon National Park is an area of outstanding natural beauty. The Park protects the last remaining lowland rainforest in Java and is important for the conservation of seriously threatened plants and animals. It is of particular geological interest for the study of volcanic activity.

This ‘Garden of the East’ as it has been described, was Indonesia’s first national park. It includes a peninsula in the Sunda Straits between Java and Sumatra and the offshore islands of Peucang and Handeuleum. The island of Pulau Panaitan is 10km northwest across the Panaitan Strait and the Krakatau Nature Reserve is 60km to the north, across the Sunda Straits. It is a 120,551 hectare low-lying forested area of unspoilt wilderness, marine area and jungle. The land accounts for 76,214 hectares and the marine zone accounts for 44,337 hectares. It is mostly low-lying but at the western end of the peninsula it rises to a height of 240m before plunging into the Indian Ocean. Gunung Honje is 620m high and Rakata on the Krakatau Islands in 813m above sea level. The coastline is diverse with formations including some raised coral islands and their fringing reefs which lie off the northern coast of the peninsula and includes Pulau Handeuleum. To the south there are sand dunes and raised coral reefs and further west is a long stretch of undermined and shattered sandstone slabs. Extensive coral reefs and spectacular volcanic formations can be explored along the west coast.

The climate is tropical maritime with temperatures ranging from 25-30C throughout the year.  It is very wet and has 3,250mm of rainfall each year. Most rain falls during the northwest monsoon months from October through April. The best months to visit are between July and the end of October. From May to September around 100mm of rain falls each month during the southeast monsoon season. Humidity ranges from 65% to 100%.

The park has 132 employees, most of whom are rangers. They are available on the islands and the mainland to take visitors on guided tours. The park has semi-evergreen rainforest and is dominated by Arenga palms, wild sugar cane and rattan. As well as lowland rain forest there are areas of beach forest, mangrove forest on the north side of the isthmus and swamp. Closed-canopy primary forest grows on Gunung Payung with an understorey of low palms and herbs.

The national park has a range of wildlife including Rusa deer, Javan Mouse-deer, banteng, silvery gibbon, crab-eating macaques, Javan Lutung, wild boar, leopards, civets, wild dogs, turtles, frogs, lizards, snakes, fish and coral. It is the last bastion of crocodiles and is home to the very rare Javan rhinoceros, of which only about 50 remain. The 240 species of birds include green peafowl and small bee-eaters as well as sea-eagles, frigate birds, herons, milky storks, lesser adjutants, Brahminy kites, ruddy kingfishers and 16 species of cuckoo. The park also contains 57 rare species of plants, 35 species of mammals and 72 species of reptiles and amphibians. There are two species of python, false gharial and estuarine crocodiles and hawksbill turtles in the national park.

The islands of Anak Krakatau, Rakats, Payang and Sertuing were formed after a single volcano exploded and collapsed about 1500 years ago, leaving three remnant cones. These eventually merged into an island, Krakatau which erupted in August 1883. It expelled approximately 20 cubic km of material and killed 36,000 people. The resulting tidal wave completely eliminated the crops and villages along this western peninsula coastline. The area was covered in dust about 30cm thick and was evacuated by humans, leaving it as a repository for Javan flora and fauna. Further volcanic activity was detected 40 years after the main explosion resulting in the emergence of Anak Krakatau which is 181m high and 2km across. The area continues to see volcanic activity with eruptions taking place as recently as 1952, 1972, 1992 and 1994.

Pulau Panaitan has a Ganesha stature on the summit of Mount Raksa, an early Hindu relic from the 1st century AD. The island was probably a staging post for ships navigating the Sundra Straits. Captain James Cook is known to have anchored the HMS Endeavour on Panaitan Island in 1771. Since the early 1880s a lighthouse has been maintained at Tanjung Layer on the extreme west of the peninsular.

Park permits are available from Labuan where there is a National Park Office.
Small local guesthouses with limited space are available at Tamanjaya and on Peucang and Handeuleum Islands.
The simplest launch point for accomodation and park access is from the resort of Anyer.

The nearest airport is Jakarta which is about 190km (120 miles) away.

Driving from Cilegon to Labuan takes about an hour.

It is a four hour drive from Bogor. Follow signs for Rangkasbitung to Pandeglang and then Labuan.

Access to Ujung Kulon is by boat or by road from Labuan via Sumur to Cikawung at the base of the Gunung Honje Range.

Peucang Island can only be reached by boat from Sumur or Tamanjaya. A traditional fishing boat makes the three hour trip from Sumur to the island. Ujung Kulon is accessible by boat from Labuan on the west coast of Java.