The magnificent construction is the largest Romanesque church in France 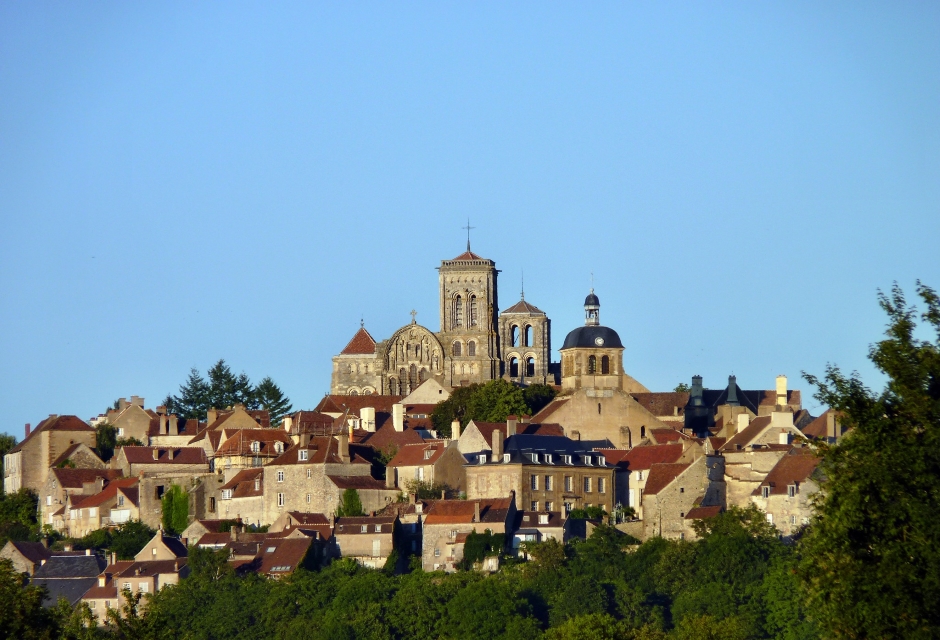 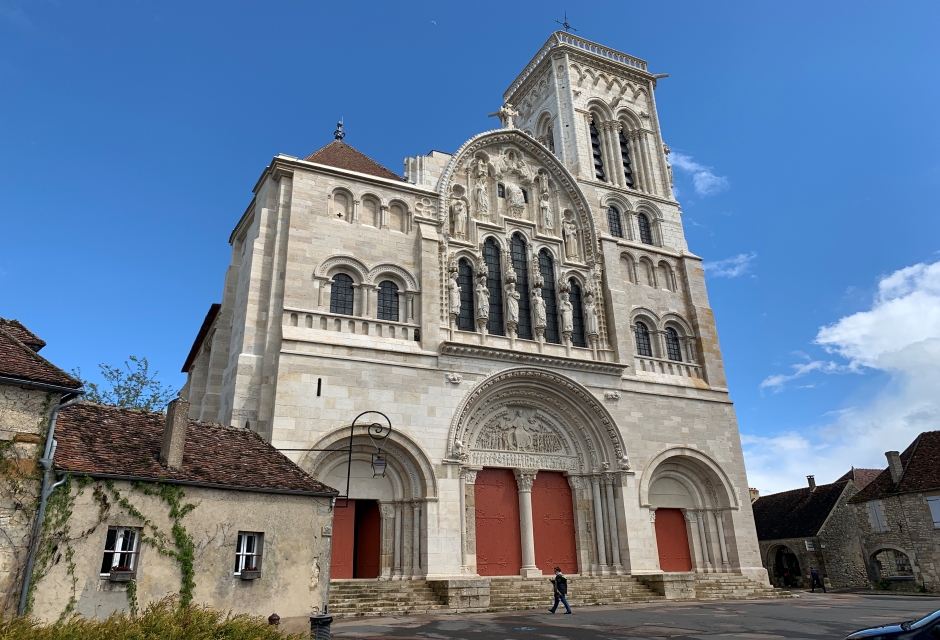 Introduction to Vezelay Church and Hill

The largest Romanesque church in France and nearly the same size as the famed Notre Dame Cathedral, the Vezelay Church – officially Basilique Ste-Madeleine/Basilica Church of St. Mary Magdalene – sits on a hilltop on the highest point of the village of Vezelay in the department of Burgundy in north-central France. Once a major pilgrimage stop, this magnificent church still attracts visitors who come to admire its architecture and artworks.

The exterior of the Vezelay Church is a combination of Romanesque, Gothic, and 19th century architecture. Specifically, the central gable and south tower are Gothic though much of those parts were restored in the 1840’s reconstruction. Visitors will also find a Romanesque-style tympanum that was added in the 19th century.

Those who visit the Basilica Church of St. Mary Magdalene, however, tend to be much more impressed with the interior. Inside, the narthex has three ornately-sculpted portals and a lovely central tympanum which depicts the Mission of the Apostles and the preaching of the Good News. Around this tympanum, guests will see the peoples of the world listening for the message of Christ. In addition, the north tympanum depicts the Road to Emmaus and the Ascension while the south tympanum includes Nativity-related scenes.

The nave, which largely dates back to the 11th century, was designed so that it is bathed in light on the summer and winter solstice. The capitals of the nave include famous Bible stories and ancient legends. The most lauded of these capitals is one entitled “Mystic Mill”, which includes characters from both sections of the Bible – Moses from the Old Testament and St. Paul from the New Testament.

The Gothic choir, rebuilt in the late 12th century, is quite plain, which is indicative of the Burgundian Gothic style. The nearby crypt holds a few small relics of Mary Magdalene, brought to the basilica in 1281.

In the 9th century, the hilltop at the peak of the village of Vezelay was set aside for the building of a church. The first abbey at the location was consecrated in 879 but destroyed and then restored in the early 11th century.

Shortly thereafter, the Vezelay Church became associated with Mary Magdalene. It was at this time that the local monks claimed that the body of the saint was removed from the tombs at St. Maximin in Provence and moved to Vezelay. It was an account that was given credence for more than two centuries, making the village a major destination for pilgrims, something that helped the town to grow.

Because of the newfound popularity of the town, it was decided that a new basilica would be erected. Hence, construction of the church that currently sits on the hill began in 1096 and the Basilica of Madeleine was consecrated eight years later in 1104. However, after turmoil regarding finances and other controversy surrounding the ruling abbot and the church, the basilica was largely destroyed by fire in 1120. The abbot was murdered at the same time.

The next abbot, Renaud de Semur, quickly began a campaign to rebuild the basilica. Work on the Romanesque nave began almost immediately and it was dedicated in 1132. Next came work on the narthex and then the choir. The latter was destroyed once again by fire in 1165 and rebuilt in the Gothic style.

Despite interruptions caused by fires and other conflicts, pilgrims continued to come to Vezelay by the droves. But when the Dominican monks of St. Maximinus claimed in the late 13th century that the remains of Mary Magdalene were in their midst, Vezelay’s popularity began to wane. In 1538, the basilica was reduced to the status of a collegiate church and during the 16th century Wars of Religion, the church became a storehouse and the relics were burned.

The once-famed basilica narrowly escaped demolition during the French Revolution though other buildings around it were destroyed. The basilica was then restored to something akin to its original grandeur in 1840, and in 1876, the Archbishop of Sens brought another Magdalene relic to the church in hopes of restoring its pilgrimage status.

There is no cost to visit the Vezelay Church and Hill. The basilica is open from sunrise to sunset from September through June and from 7 am until 9 pm during the summer months. Mass is held at 12:30 pm each day. A large gift shop and smaller kiosk are located on the premises. Metered parking is available nearby for those traveling by automobile.

To get to Vezelay from Paris, take the TGV train, change at Montbard, and then proceed to Avallon (about a 2-hour ride). Upon arrival in Avallon, travelers must secure other transportation to Vezelay (most likely a taxi) which is about 15 km (9 mi) from the train station.